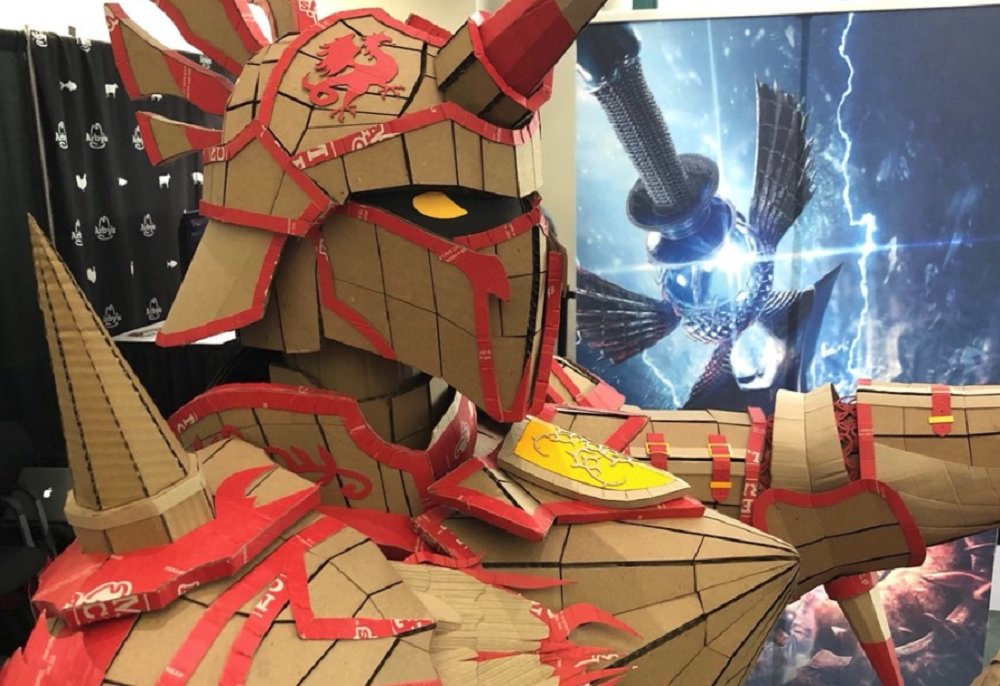 I wouldn’t say I have more “respect” for Arby’s since the airing of the TV show Baskets, but I have a little more appreciation for them in the sense that seem to be okay with being a punching bag after all the years of Simpsons strife. The team behind their social media presence are also a geniuses.

One day someone decided that Arby’s was going to rep video games and anime with various bits of fandom paraphernalia, and the higher-ups that be said “roll with it.” This super-build of Nightmare from Soulcalibur is kind of the terminus of that concept, done in conjunction with Volpin Props and Bandai Namco.

According to the Arby’s account (who I generally refer to as “Mr. Arby”) it took “over 1,000 hours” to construct. Glorious.

We’ve finished our biggest build ever at #AX2018 with @BandaiNamcoUS and @VolpinProps! pic.twitter.com/oBq0YxvAXO