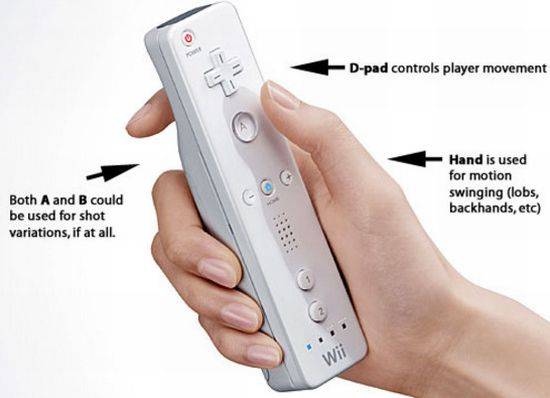 [Newcomer Count Grishnack starts off his C-blogging career on a high note! Read on for his take on the Wiimote motion controls in Destructoid’s continuing Monthly Musings theme. — CTZ]

Nintendo’s Wii is a testing ground for innovative control in gaming today. From various states of waggling, shaking and grips, the consoles titles have been quite varied in their unique control schemes.

But hitting that sweet spot – the perfect balance between traditional and motion controls, has been an uphill battle. How much waggle is too much? Does the title just feel like a port with a few swings and shakes tacked on? Is any of this fun? Successful Wii games have found this harmony, while terrible ones have failed miserably.

for the Wii failed to implement motion controls well. While a solid title, the game not only tacked motion controls on a game that didn’t need them – they weren’t even tacked on all that well.

In this 2D/3D platformer/RPG, motion controls are designated to auxiliary items and various niche tasks. To drink a mushroom shake, one must tilt the Wii-remote. An item that drops shooting stars on enemies must be aimed point-and-click style. Players have to shake the remote to break free from ice blocks. While cute at first, these motions become tired, annoying and bothersome as the games goes on.

What developers have to learn is two-fold. First, determine if your game is going to have motion controls. Do this from the start, not “oh this is a Wii game. Let’s throw some motion control in.” Secondly, do it correctly. Incorporate it into the core gameplay. Not to the point of excess, but to the point where the player knows and gets used to using it.

Super Paper Mario would have been better as a straight-up, no motion controls platformer. Putting in motion controls just because you can or think you have to, is silly. It would be like using computer generated images in every film. Some are just better without them.

No More Heroes is on the complete opposite end of the spectrum. The third-person action title uses motion control better than any Wii title thus far. A core technique in the gameplay, the motion controls manage to be fun, appropriate and perfectly paced.

The left/right/up/down beam-sword prompts appear multiple times in every fight in the game. And every single time they feel badass. Whether you’re swinging left/right for a decapitation or down to cut someone in half the long way, each flick of the wrist is a satisfying one.

Even more enjoyable than the beam-sword prompts are the wide array of wrestling moves players can perform. These involve nunchuk and remote motion simultaneously – to glorious effect. From the simple “both, up” suplex to the complicated “both, left/both down” slam, each wrestling move is not only satisfying – they feel somewhat realistic.

The biggest praise to No More Heroes has to go to what motion control they didn’t use. When the term “beam-sword” comes to mind, Wii developers must have thought, “swing the remote, the sword swings on screen.” By eschewing this trapping, No More Heroes is a much more enjoyable and playable title. Instead, the developers used a simple high/low system (in which pointing the remote up was “high”) that made the game play like a Wii title without screaming, “I’m a Wii game! See!” *Swings Wii-remote violently.* My forearm and shoulder owe Grasshopper Manufacture a beer.

Other titles like Zack and Wiki, Metroid Prime 3 and even Madden ’07 have used motion control with varying degrees of success. But for every title that understands temperance and pacing, there are three that just don’t get it. Even great games like Super Mario Galaxy and Twilight Princess were great despite the motion controls, not because of them. With slightly more than a year worth of titles, Wii motion controls still have quite a way to go.