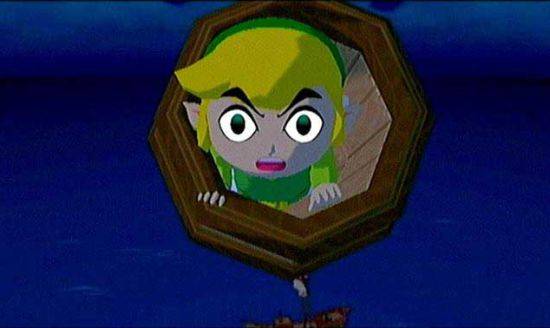 [NihonTiger90 takes a look at the silent protagonist in today’s contribution to the Monthly Musings. — CTZ]

One of the biggest issues in gaming that has and persists as a major debate is the nature of the silent protagonist — the guy who doesn’t speak, but still manages to get the point across anyway.

But is this a bad thing or a good thing? It’s not always easy to decide, but there are strong cases for both. Hit the jump on what I think are good and bad examples of the silent protagonist.

In many traditional franchises, the protagonist could do without voice acting. Link in Wind Waker and Paper Mario (with limited voice acting) stand out as great examples of how displaying simple emotions in place of voice can work just as effectively. With these two characters, you get a firm grasp on what’s going on without them so much as muttering a word. It also lets you place your own words and voices onto the characters, giving the player freedom to dictate what exactly Mario might be saying when he’s explaining something, even though we all know how his voice sounds.
Consequently, some characters who can now speak were better off silent. Sonic himself might not be the strongest case, but it’s one you can make if you really try. Some of the voice acting in the Sonic series is just … ugh. It hurts me to hear what they’ve done to some of the characters. I honestly wouldn’t mind if Sonic went silent next time around or reverted to text-based dialog.

Other more modern franchises have taken this approach, most recently being Half-Life 2. Gordon Freeman is incredibly silent, yet the story unfolds in a way that it doesn’t matter about Gordon not talking — you feel like you are him, that you are plopped into the story. You feel like you can talk back to Alyx and G-Man, even though you’re still silent and Alyx does make fun of that. Still had Gordon decided to talk, it might make you think “Oh, I’m just playing as a guy and I gotta shoot that guy over there.” not as “Oh crap! Enemy! Kill it!!!!!”

Depending on how the game is structured, a silent protagonist can work wonderfully.

But it’s not always great to have the quite protagonist. Sometimes, it’s harmful to the game. Especially when you step out of the first-person view, or when you change characters, but keep the main player as a silent protagonist.

For example, let’s look at Golden Sun. In the first one, Isaac is mute while Felix speaks. In the next game, Isaac has a voice while Felix mysteriously goes silent. Similarly, Breath of Fire went from the silent Ryu and talkative Nina to a taking Ryu and a silent-because-we-said-so Nina. These sudden changes are actually really silly. Why does one character who suddenly speak go silent, and vice versa?

One game that stands out in my mind as a game that could’ve used a talking protagonist is Grand Theft Auto III. While it was a truly revolutionary game, not being able to hear Claude so much as utter a word when he gets shot by Catalina or when Salvatore double-crosses him just makes him seem, well, weak. The other characters tell the story, and it’s like Claude really doesn’t even matter. I remember playing GTA III and feeling no connection to the main character, unlike when I was playing through GTA: San Andreas. There’s a huge different between CJ and Claude. While Claude’s just a run-of-the-mill thug, CJ’s voice acting allows us to not only connect more with him, but understand what his main goal is: cleaning up the ‘hood as an act of penance after his mother’s murder. Through his voice acting, we see a change we don’t see in Claude, and it’s that reason why I actually completed San Andreas instead of stopping halfway through like I did with GTA III.

Voice acting does add an element to characters that doesn’t always exist when they’re silent. Wind Waker is something of an anomaly in my book, in that we only see Link develop as a full character because his reactions and facial expressions are so dynamic that they almost speak for him.

So that’s the black and white of it all. But is there … a gray area?

The answer is yes. Characters with limited voice acting that are generally silent may be the compromise of the future, and the chief example of this is Master Chief (no pun intended). Chief spends most of the Halo trilogy silent, speaking up only at key times, and it works beautifully. Bungie doesn’t waste his words at moments when they’re useless, only when they’re most opportune. It not only makes Chief look like a bad-ass, but it also lets the player feel like they are in Chief’s shoes. This fact is probably one of the most over-looked features of the entire Halo series. You not only feel immersed in the action, but you feel like you’re a part this epic story, especially in Halo 3.

If any stance becomes the status quo in the gaming community, please let it be something like this. At least until voice recognition technology comes along that lets you put your own voice in the game.