[Editor’s note: pedrovay2003 takes a look at the old school games that all three major consoles offer as part of the ongoing Monthly Musings theme. — CTZ]

It’s no secret that downloadable games are popular right now. Each one of the three major consoles has a downloadable game service (well, the Wii will once WiiWare gets launched), but in addition to that, all three consoles also have downloadable games from the past. It’s a given that consoles can’t be completely backwards compatible, so downloadable versions of those older games can be quite convenient if it means you don’t have to keep all of your old consoles. However, if it’s not done right, downloadable games can just be a waste of time and money.

Let’s take a look at the options, shall we? 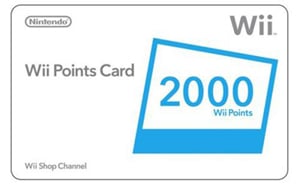 The Wii’s Virtual Console is, in my opinion, the best service for backwards compatibility through downloads. See, all the games on the Virtual Console are fairly old and you’d be hard-pressed to find the original copies of those games anywhere. Some of them have become pretty rare too, like Super Mario Bros. 3. And some haven’t even been released in every region, like Sin and Punishment. Some of these games are going for quite a bit on eBay too. I’ve seen boxed copies of Super Mario Bros. 3 go for over $50 which makes the $5 price tag not bad at all.

A lot of people complain that the Virtual Console is inferior to other services because there are no enhancements to any of the games like no online play, no updated graphics, and so on. But that’s not what the VC is for! The VC was created to allow people new to videogames to experience all the stuff that people like me grew up with, and for people like me to relive our childhoods. The Xbox Originals and PS1 Downloads services are the same way — Nothing is really added to enhance the experience. They’re all exactly the same as they were when they were released in their original forms, which is a good thing. Nintendo has gotten backwards compatibility down to a science this generation, and the Virtual Console is no exception.

However, just because I feel the Virtual Console is the best out of the three services, it doesn’t mean it’s without its flaws. The Wii, as we all know, has a very small amount of internal memory (only 512MB). Sure, you can expand this memory with SD cards, but you can’t actually play the games directly off of those cards. This means that if you really like the VC, you’ll be filling your Wii’s memory up quickly. My console, with all the downloaded games combined with the saves from all the games I’ve played, has barely any room left at all. It’s true that if you link your Wii Shop Channel with your My Nintendo account you can redownload any games and channels you’ve purchased in the past, but constantly deleting and redownloading just because of a lack of space is very tedious, inconveniencing those who play lots of games and who have accumulated tons of save data. It’s a good thing Virtual Console games are fairly small, and game saves for those VC games and retail games are even smaller at least.

As I typed the words “Xbox Originals” into this blog, I almost threw up on my keyboard. The Xbox Live Arcade is amazing, but Xbox Originals is probably the worst thing I’ve seen come out of this generation of gaming so far. Look at the X360, it’s completely backwards compatible with almost every original Xbox title. Why would you download a game for $15 when you could just go to a local retailer that sells used games and grab the same game for less money? They don’t even have to be used; my local Best Buy sells sealed copies of the original Halo (one of the Xbox Originals titles) for $10. No only that, but downloading these games instead of just buying original copies takes up huge amounts of hard drive space. You know what that means? When you’re out of space, you’ll have to drop money on a new hard drive, which is going to run you at least an extra $100. Pretty good way of making money, if you ask me.

Now, just to be fair, I should point out that not all the games you can download are a waste. Psychonauts is pretty rare now, so it’d be hard to find an actual hard copy, and if you did, it’d probably be pretty expensive. So this service would be excellent if only the really hard-to-find games were available, but as it is now, it’s pointless. There’s absolutely no reason to download any of those original games (except for Psychonauts) when you can still find them in their original forms and play them almost perfectly. As long as the Xbox 360 can play original Xbox games, there’s no reason to download games that are still so current. 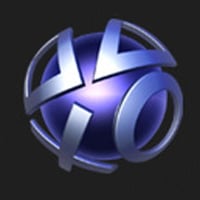 There are good and bad things about downloading PS1 games through the PlayStation Network, so let’s start with the bad. As with the Xbox Originals service, this service offers games that can still be played natively on the PS3 in their original, hard copy forms. Now, I realize that there are PS3s coming out now that don’t have backwards compatibility, but most owners have 60GB, 80GB or 20GB models. Whoever is looking into buying a PS3 is looking for something that will play older games. And for those who have 40GB models, the PS2 is still selling enough to merit either picking one up or keeping the one you already had to begin with. Meaning you can just play your hard copies of all the downloadable games. Granted, some are rare, like Castlevania: SOTN, but most can still be found fairly easily. This creates the same problem as the Xbox Originals service. And remember that downloaded games will be taking up a lot of hard drive space too, even though this may not be an issue since you can replace the hard drive with a newer, much larger one for a fairly low price.

However, it’s not all bad with the PS1 downloads. These games are much cheaper than the Xbox Originals games, averaging at about $6 or $7 a piece. Not only that, but as I said before, backwards compatibility is getting more and more rare in PS3 consoles and the cheap prices of the downloadable versions of the games can be very attractive. Also, there are a ton of rare PS1 games, many more rare games than on the original Xbox. That means we could eventually see stuff like Intelligent Qube show up for like $6, which is great since it goes for over a hundred bucks on eBay.

Also, even though the games haven’t been enhanced in any way, it’s awesome that you can transfer them to your PSP. Imagine being able to play any of the PS1 Final Fantasy games on your PSP wherever you are and whenever you want to. And with the high-quality screen on the PSP, you’ll feel like you’re playing the games on your TV. If you have a big enough memory stick, you can also put more than one game on the handheld at a time, and then just stick them back on the PS3 when you get home. I think the positives outweigh the negatives with the PS1 downloads.

So there you have it. If done right, implementing backwards compatibility through downloads can be a very nice thing. All three consoles have their positives and negatives, and it all just comes down to preference. What do you think about these services? Do you like/hate any in particular?