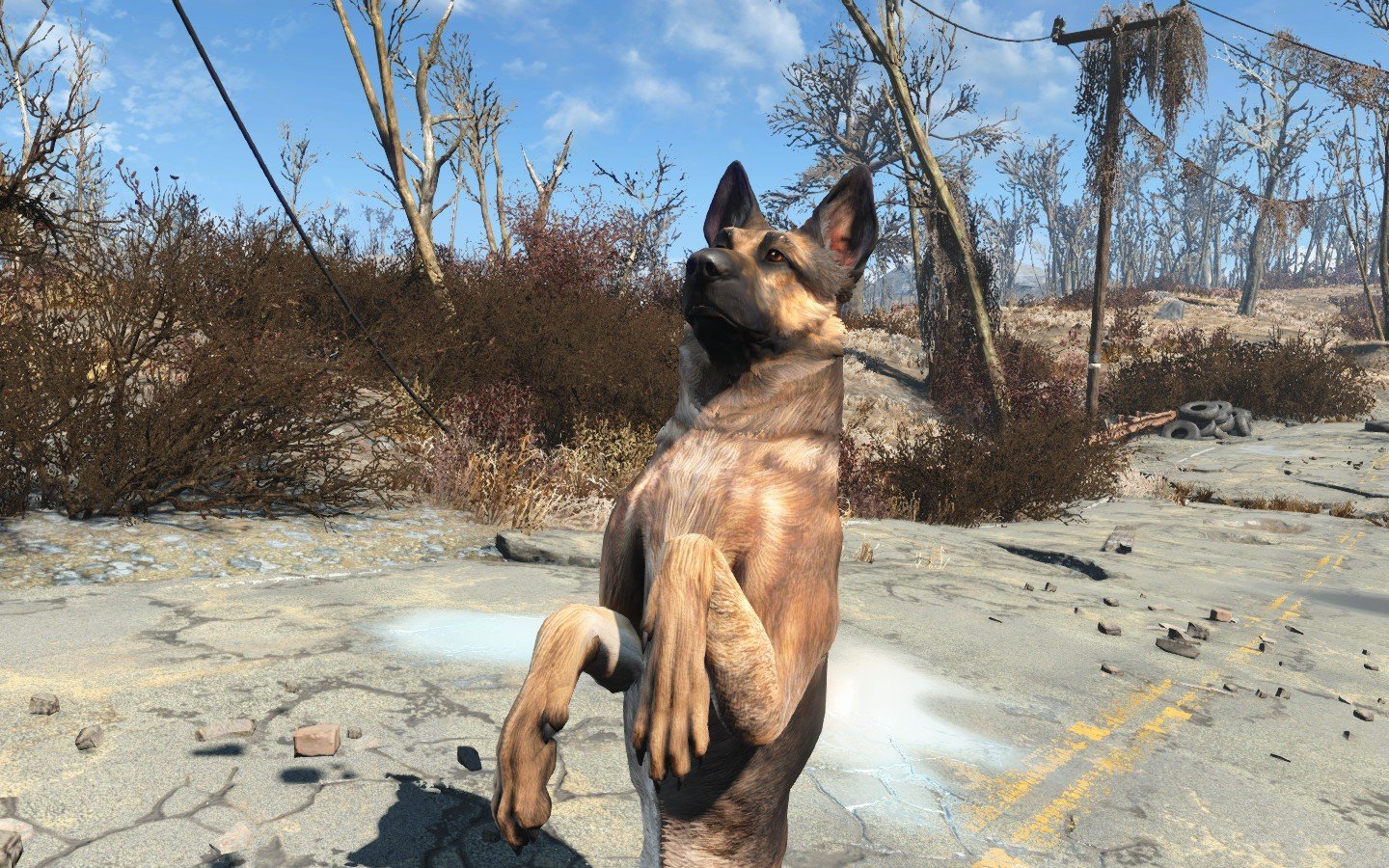 Call it a doggy treat

If the country roads take you home to West Virginia, Dogmeat might be homeward bound. Bethesda has opened the doggy door to the potential of a future update that would add Fallout‘s most fetching companion.

Now that Fallout 76 has NPCs, companions, and a lived-in world, some people are already wondering what’s next. In a reddit AMA with Fallout 76 project lead Jeff Gardiner and lead designer Ferret Baudoin, user AzarianCouncil asked “Are pets coming soon?” Gardiner replied “Edible ones? I kid. Now that we have our companions system in the game, we are looking to add pets as well.”

Fallout has already taken a broad and varied approach to pets in Fallout 4‘s Wasteland Workshop add-on. This DLC introduced pets who lived in your settlements — usually caged in a petting zoo, but sometimes trained to defend your homestead. The main attraction was keeping Deathclaws and Radscorpions as docile creatures, but you could also let kittens run rampant around your settlement.

Fallout 76 is one of only two mainline Fallout games that doesn’t prominently feature Dogmeat, the loyal canine sidekick who’s trained to attack super mutants on sight. (The other is Fallout: New Vegas.) Now that Fallout 76 has companions and Bethesda wants to add pets in a future update, getting Dogmeat seems like a foregone conclusion. There are only two logical questions: Will he be able to accompany you throughout the Appalachian Wasteland, and how many Atoms will he cost?

Hey r/fo76! Jeff Gardiner and Ferret Baudoin are here today to answer your questions and chat about Wastelanders. [reddit via PC Gamer]