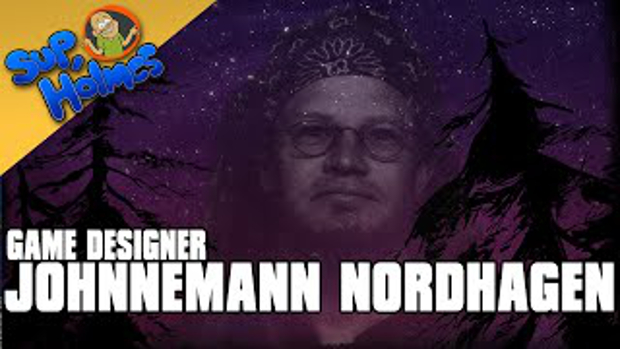 Last Sunday on Sup Holmes we welcomed Johnnemann Nordhagen, former programmer at 2K Marin (Bioshock 2) and Fullbright (Gone Home) to the program. Johnnemann has had already had an amazing career, and he’s just getting started. Not long ago he helped create the rubber ducks PS3 tech demo, and now he’s heading up his own studio. Just goes to show how far passion and healthy chances can take you.

We talked about a lot of stuff, from the backlash against Gone Home, the pros and cons of working on the follow up to a game like Bioshock, the fears of “hardcore” gamers that their favorite genres may end up being squeezed out by quieter fare, and a lot more. It was that last topic that lead Johnnemann to talk about the criticism that Gone Home is “not a game” and what may inspire it. Where do sandwiches end and where do pizzas begin? That’s the kind of Edward Nigma, Sphinx-tier riddling you’ll only find on Sup Holmes.

Thanks again to Johnnemann to appearing on the show, and tune in today at 4pm when we welcome Teddy Less of Cellar Door Games (Rogue Legacy) to the program. We’ll be giving out a code for the game on PS Vita/PS4, so be sure to watch if you like free games.