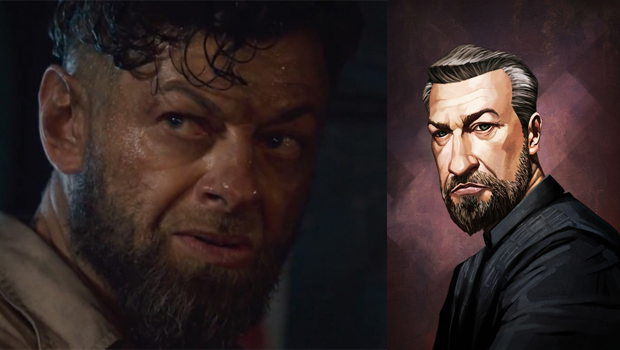 Volume is the upcoming retelling of the Robin Hood myth from Thomas Was Alone creator Mike Bithell. One of the first voice actors cast for the game was former Dtoid reviews editor Jim Sterling in the role of (Friar) Tuck. I’m betting it was Jim’s involvement with the game that drew Andy Serkis to the project.

Serkis will be playing Guy Gisborne, “the villainous CEO who runs England in this near future update of the Robin Hood legends, joining Charlie McDonnell as Rob Locksley and BAFTA winner Danny Wallace as Alan, his AI companion.”

Rumor has it that Serkis is a huge Dismal Jesters fan and has the word “Chungus” tattooed under his bottom lip. Yes, those rumors were started by me, just now.

The reality is, I hope Serkis never hears the abhorrent podcast Jim, Conrad and I used to do. Five minutes of any given episode could cause him to run from the Volume job, out of fear for his reputation (and maybe other things). Hopefully they’ll record Serkis’s lines before he catches on.

Volume is planned for release on PC, PS4 and PS Vita in 2015, so they’ve got to act fast anyway. If you have a Wii U and feel left out, you can check out Thomas Was Alone on the eShop later this month.