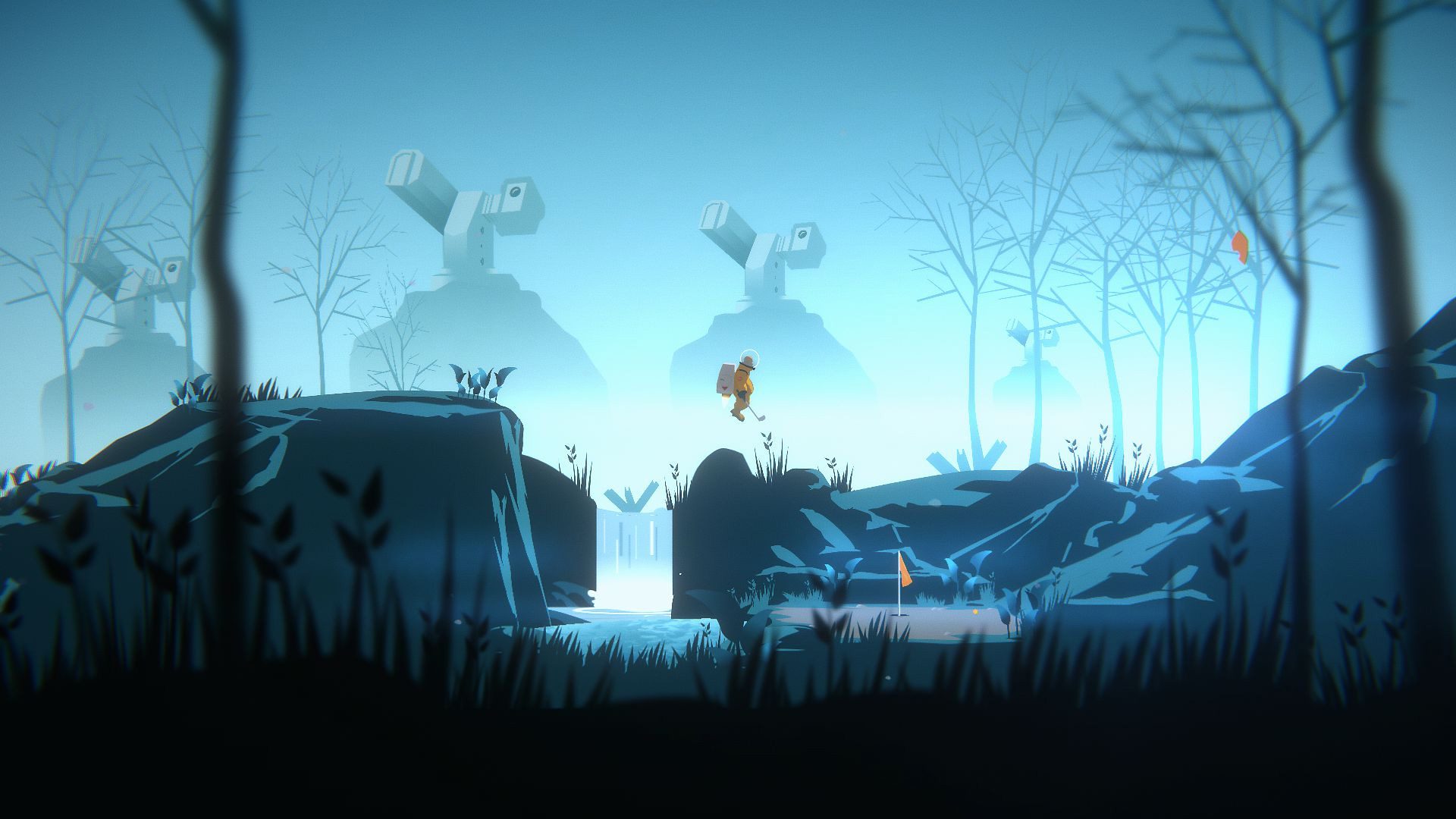 I don’t know what it is about golf in particular that gets indie developers’ creative juices flowing compared to other sports, but I’m into it. Golf Club: Wasteland is one of those genre-stretching games that can speak to non-golf-lovers just as much as enthusiasts.

It’s a look into what would happen if Earth was rid of pesky humanity and the planet became a golf course for the surviving “ultra-rich” on Mars — and it’s very pretty.

Aside from taking in the tragically beautiful sights of an abandoned world in the main Story mode, Golf Club: Wasteland also has a more methodical Challenge mode — where you’ll aim for at least par — and a stressful Iron mode “where there’s almost zero room for error.”

Announced this week, the game is coming to PC, PS4, Xbox One, and Nintendo Switch this August from Untold Tales and developer Demagog Studio.

We’ll be able to demo Golf Club: Wasteland on PC once the Steam Next Fest begins on June 16, 2021. There’s also an (already released) iOS and Android version out there, too.