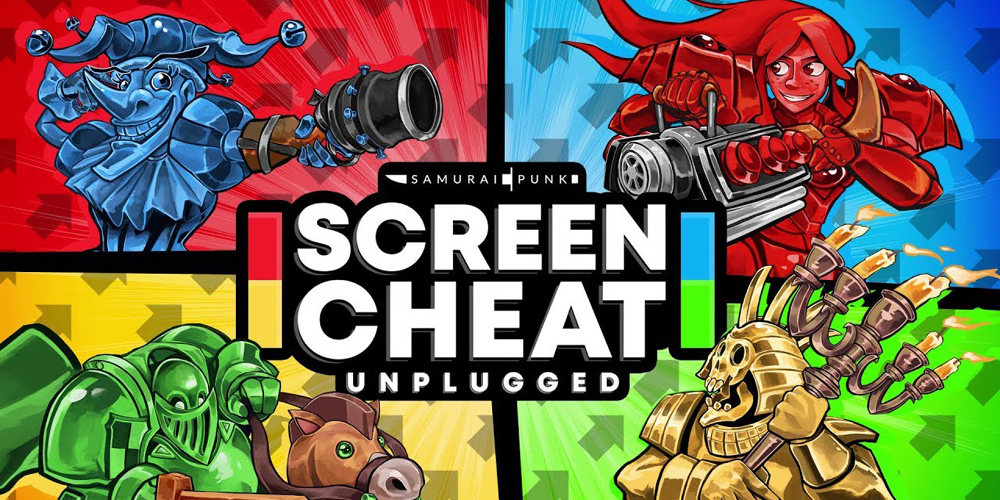 Screencheat has fared very well on non-Nintendo systems since it was first released in 2014, but now that it’s on the Switch, it feels truly at home. Four-player competitive gaming really came into its own on consoles with the N64, thanks to the likes of Mario Kart, Smash Bros. and GoldenEye. Screencheat caries forward the legacy of the latter in a very specific way.

All of the players are invisible, so the only way to locate someone to shoot them is to sneak a peek at their screen, using that visual information as context before you aim and fire. Until you’ve played it, it might sound impossible, but matches can actually breeze along at a fairly quick pace, thanks to some ridiculously powerful (but balanced) weapons, tight environments filled with landmarks, and multiple game modes that put a fresh spin on the action.

The visuals and music were revamped for this Unplugged remaster, with optional gyro controls and a fair bit of new content added ion to boot. If you’re itching for some lighthearted multi-player action to tide you over before (and after) Smash Ultimate hits next week, this may be the way to go.