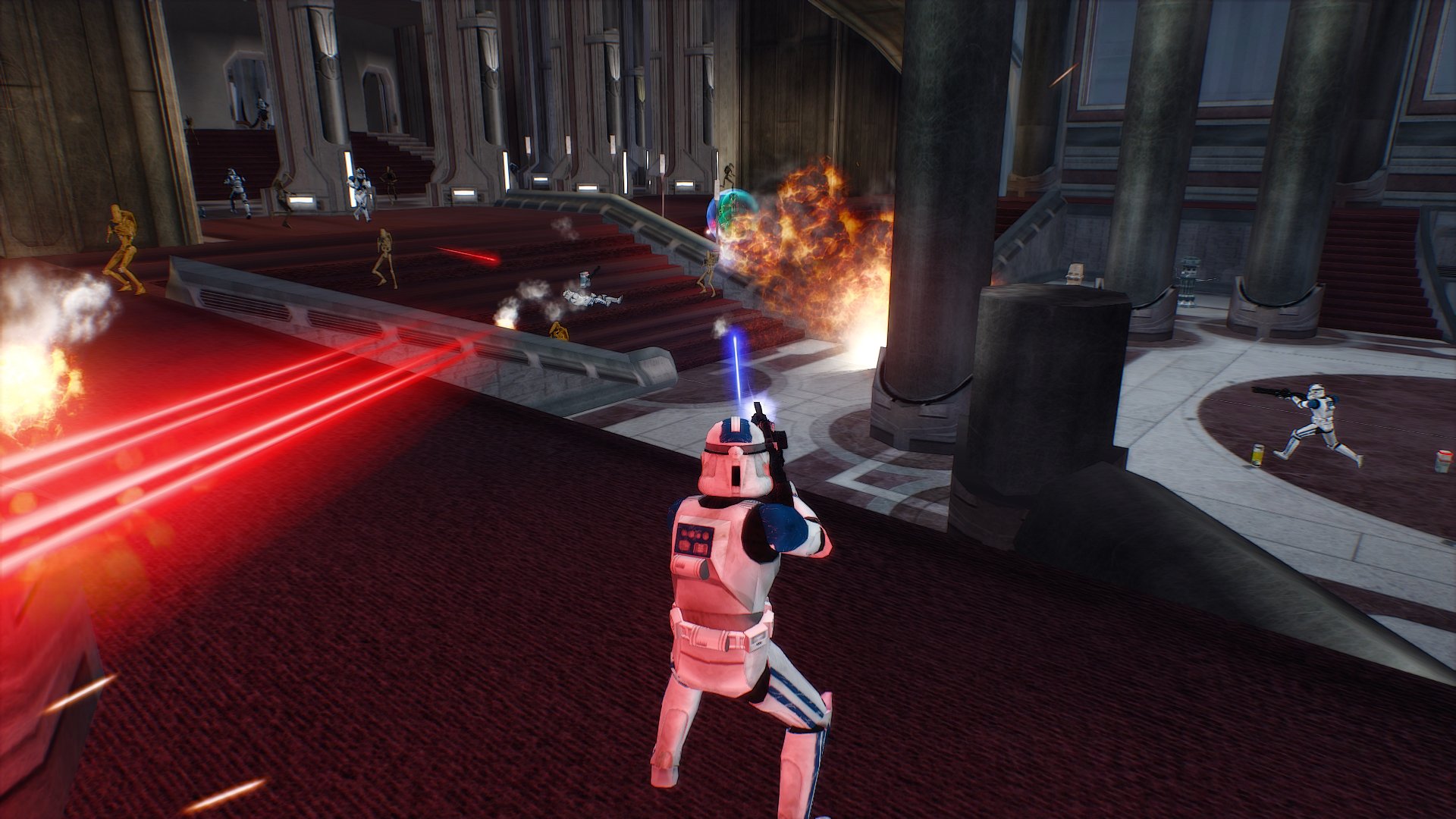 Just launch it on GOG or Steam

There’s an extremely high-profile Star Wars Battlefront II launching later this year, and it’s going to sell 11 billion copies (all numbers approximate). But, a long time ago, another game by the same name released and it’s still beloved by many. It’s set to make something of a resurgence.

GOG has worked with Disney to relaunch 2005’s Star Wars Battlefront II‘s multiplayer component for Steam and GOG. This originally ended in 2014 when matchmaking middleware GameSpy shut down. Since then, people have used third-party tools to keep the game alive.