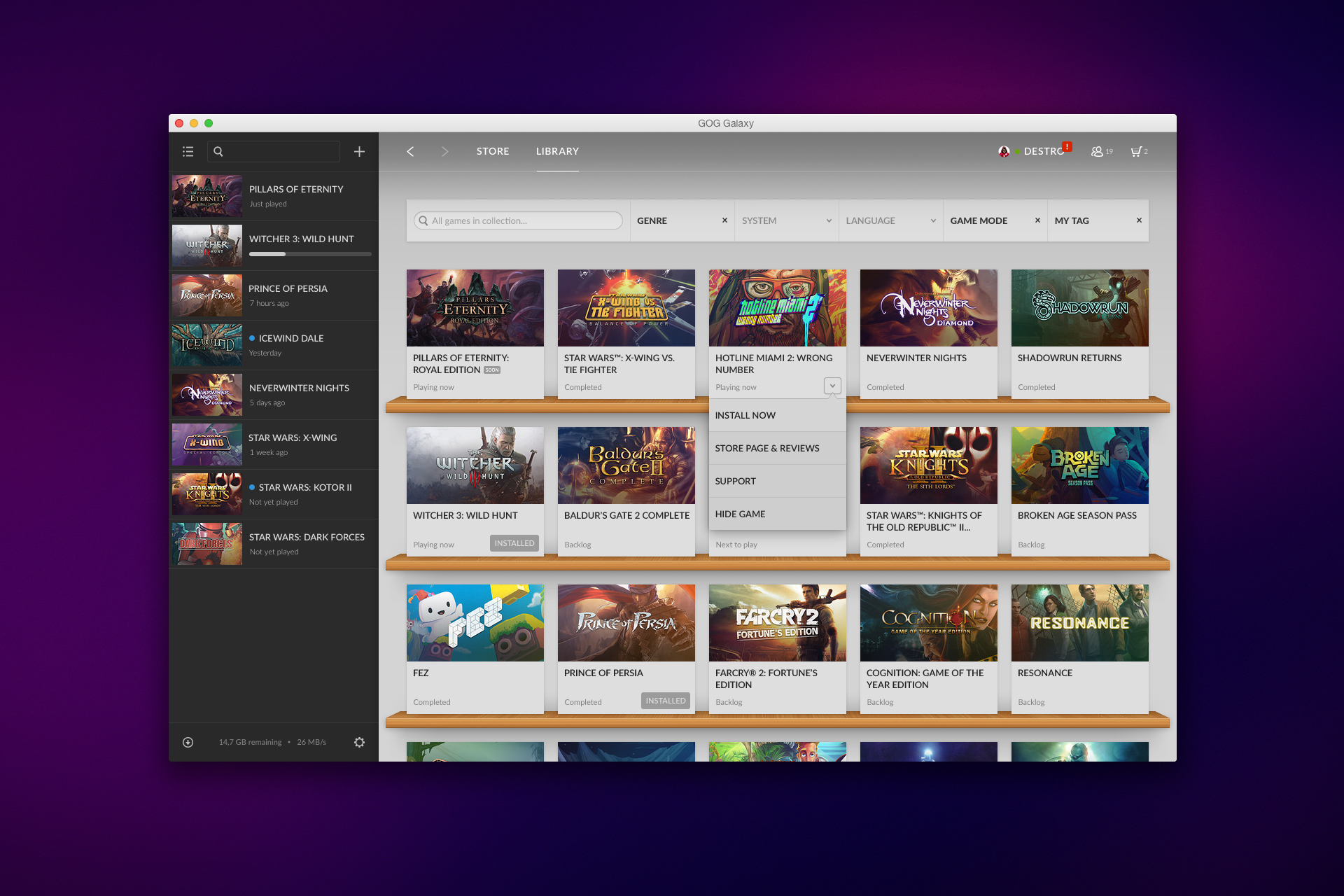 GOG.com has launched Galaxy, its DRM-free gaming platform, in beta for Windows and Mac (with Linux support on the way). It’s comparable to Steam, at least on the surface — there’s online chat, achievements, matchmaking, stat tracking, and auto-updating. But here’s the key: everything is optional, including the client itself. Galaxy “will never be mandatory.”

Should you want to use it, though, know that you’ll have control over individual features. I like the sound of Rollback, which lets users restore a game to a prior state if, say, a new update is causing trouble. And, curiously, Galaxy will offer cross-platform play with select titles on Steam.

Expect to see more big new games on GOG.com and Galaxy alongside the good old ones. “We’re getting ready to release and fully support even more AAA titles in the future,” said VP of online technologies Piotr Karwowski. First up, The Witcher 3: Wild Hunt on May 19, 2015. 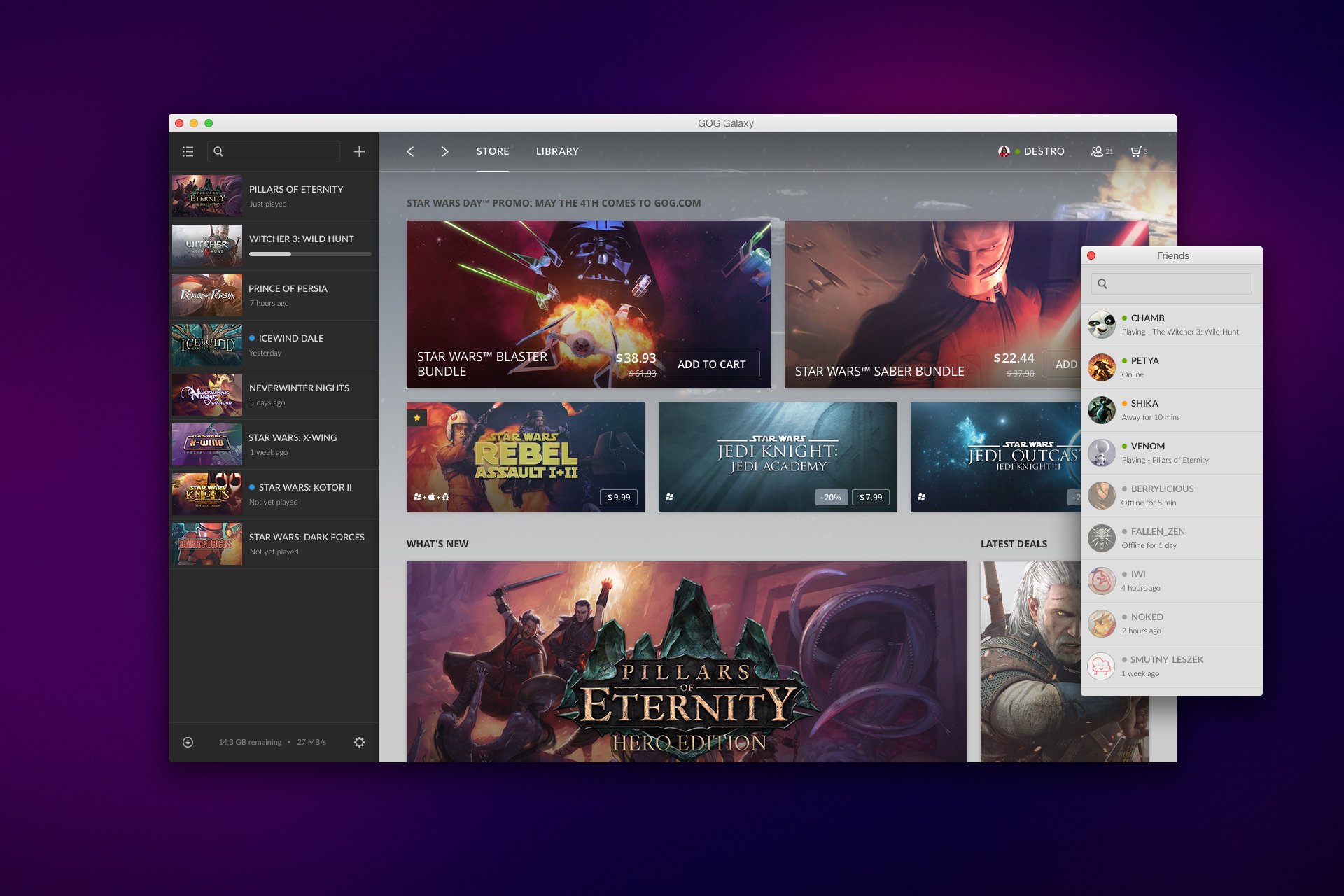