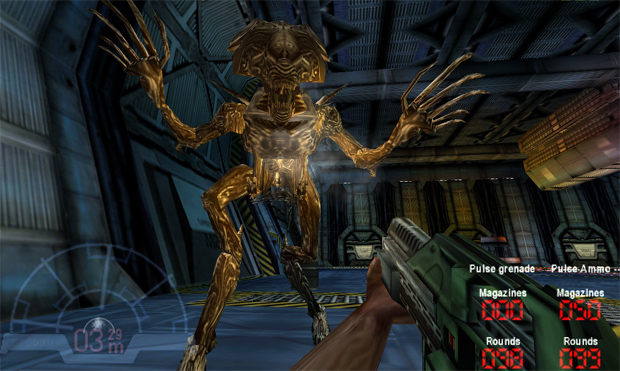 Play as a marine, Xenomorph, or Predator

For 48 hours, GOG.com is giving out free copies of Aliens versus Predator Classic 2000 to people who register their email address for the GOG Galaxy beta test. Easy enough.

But what is Galaxy, exactly? It’s an upcoming DRM-free online gaming platform, as previously described here. Think of Steam as imagined by the GOG.com folks, essentially.

For the beta, “You’ll be helping us to analyze and improve the performance of the multiplayer component of GOG Galaxy,” hence the free game with multiplayer. Note that keys will be sent in batches so there will almost certainly be some waiting required on your part.

AVP 2000 looks dated but it’s possible to get past that after a while. The last time I played — three or four years back, I think — it held up fairly well. Still fun after all these years.