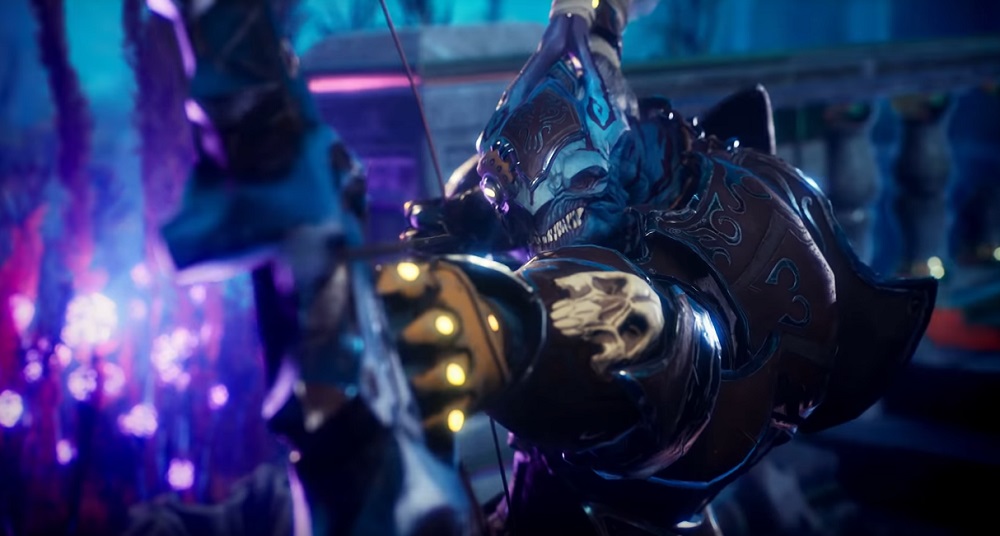 Nice knight for a walk

Gearbox has released a new trailer for its dazzling action-RPG Godfall, showcasing the powerful Valorian Knights as they tear through armies of otherworldly enemies in a stunning and luminescent fantasy universe.

The trailer focuses on the combat mechanics of Godfall, featuring a myriad of ranged and melee attacks, as well as acrobatic and lightning-quick evasive maneuvers and devastating finishing blows. Godfall will offer five different classes, an arsenal of death-dealing weapons, and customisable “Valorplates” – Zodiac-inspired armour that will offer new skills and benefits to its bearer. It all looks quite cathartic and equally as appealing visually.

Also revealed by Gearbox is a series of special editions that will be made available for Godfall‘s launch. The standard edition of Godfall will be available for around $60, while an $80 Deluxe Edition also secures the title’s first expansion pack. The $90 “Ascended Edition” includes the above items, alongside in-game bonuses such as gold Valorplate, shield, and weapon skins, an exclusive Vertigo Valorplate skin and a “Zodiac Knight” lobby card. These editions will be available on both PS5 and PC. 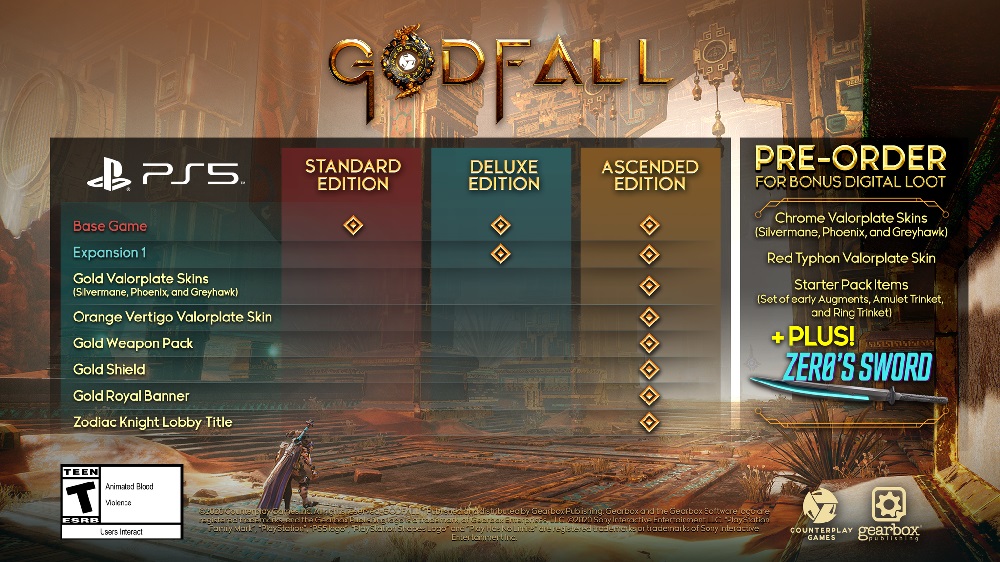 Finally, a selection of pre-order bonuses has been announced. Customers who pre-order any edition of Godfall will bag a “Starter Kit” of augments and trinkets, chrome Valorplate skins, an exclusive Typhon skin, and the powerful lightsword wielded by Zer0 in Gearbox’ own Borderlands 3.

Godfall launches on PS5 and PC via Epic Games Store later in 2020.