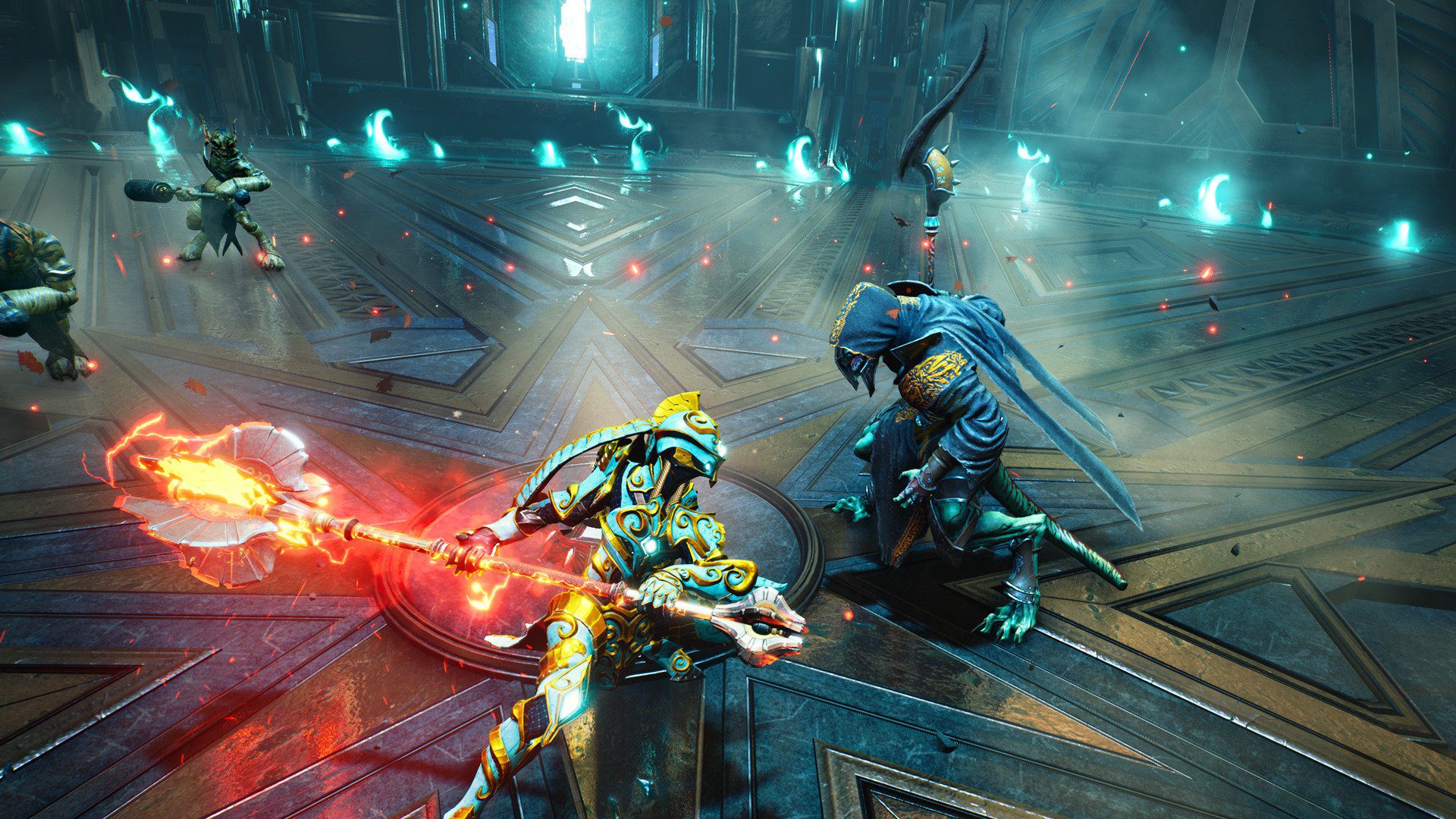 Iron out some stuff

Oh my God, Godfall is probably coming to PS4.

That wasn’t a dramatic declarative statement, mind! Because this very niche, very odd action game isn’t worth freaking out over. Although I enjoyed it for what it was, it ended up being a strange oddity of a PS5 launch game, seemingly released just to hit the target of a new console launch.

Since November 2020 it’s kind of sat there in Sony land (as well as PC), and it looks like it’s still going to be staying under Sony’s purview. According to a PEGI rating, Godfall should be coming to the PS4 this year. As a reminder, a window of six months of exclusivity was always expected (it was stated as much via official marketing, but we don’t know the details), so a release might be imminent.

With “just” a PS4 version in tow, it seems like Sony might be keeping it as an exclusive indefinitely, but at least it’s heading to more platforms. Quirky or not, there’s more chances to preserve this game in some shape or form. It’s going to be a “remember this?” type of story a decade from now, like a lot of forgotten console-launch action romps.