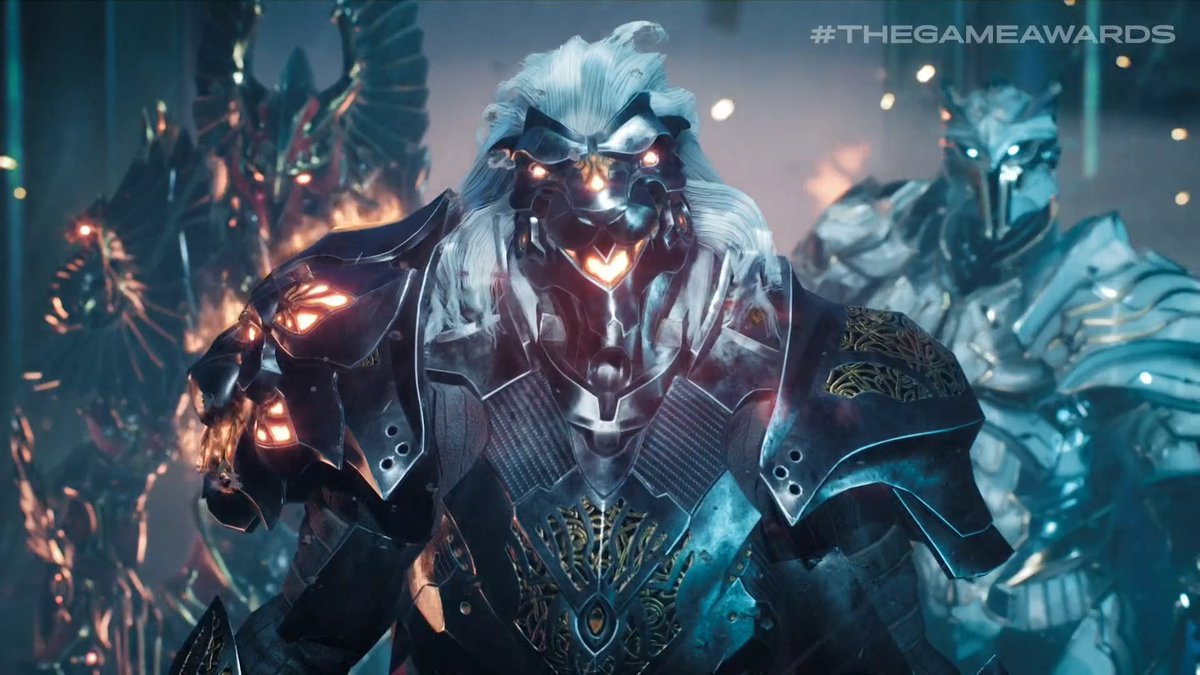 If a god falls in the forest and nobody is around to hear it, did they really fall?

It was teased we’d see our first games announced for the next-gen systems at The Game Awards and here we are. In a slick trailer reveal, we found out Gearbox will be publishing Counterplay Games’ Godfall for PlayStation 5 and the Epic Game Store in Holiday 2020. According to the developers, the game is a new IP set in a fantasy universe with gameplay they’re describing as “looter-slasher.”

Godfall can be enjoyed as a solo experience but you can also tackle it in co-op or three-person teams. Gameplay will feature “high-impact,” third-person combat and plenty of loot to score from enemies and bosses that will reward players with “head-turning loot.”