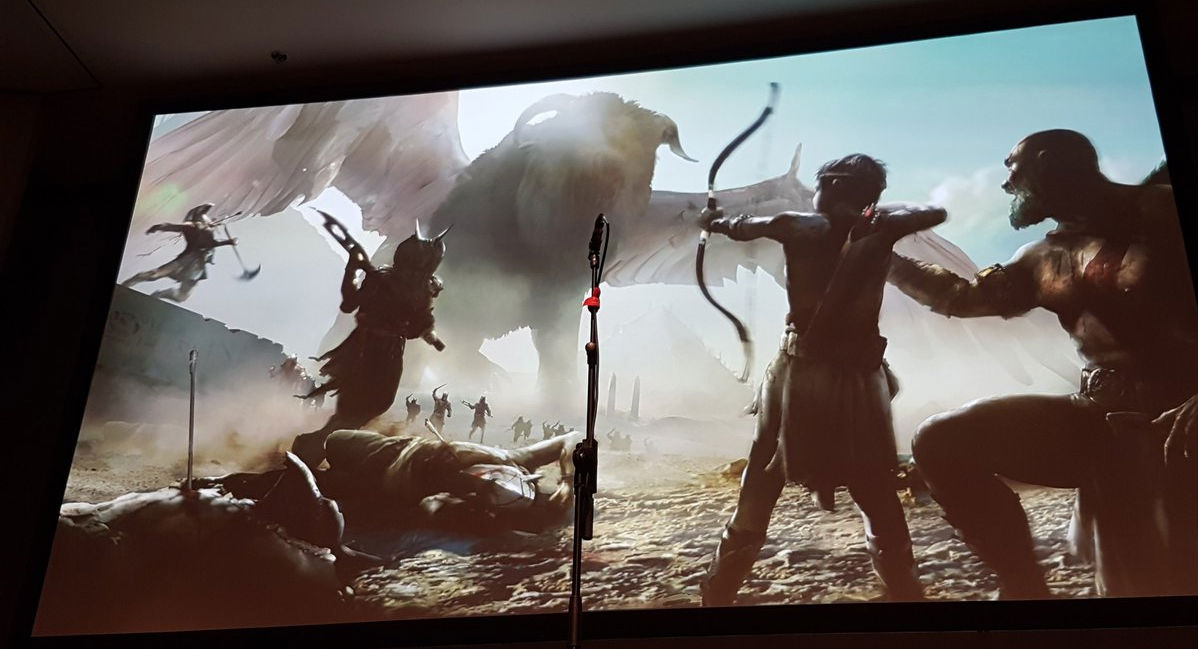 But we could get both

God of War (2018) was nearly set in Egypt, but a zero hour vote swayed it back to Norse mythology. According to director Cory Barlog at a Devcom conference, he was the reason it shifted due to his tie-breaking vote.

At the end of the day the team was torn on the settings, but Barlog went with his vision, and honestly I think it paid off. But! We do get a glimpse at what might have been (or what will be) with some sweet Egypt-centric concept art. Playtesters weren’t thrilled with the idea of going on fetch quests and dealing with Kratos’ son Atreus apparently, but Barlog remained steadfast in his decision.

God of War’s history isn’t over. The new game was an explosive success both commercially and critically, and we could easily see the series head to Egypt at some point. It’s now become the Assassin’s Creed “where will they go next?” road trip event. Maybe the son will grow up as a result of a time-jump in a future game and it’ll become a buddy cop joint with Kratos being “too old for this shit.”

First Concept of Egypt Myth In God of War; Team Was Divided On Norse vs. Egypt, Cory Was Tie-Breaker [Gearnuke]