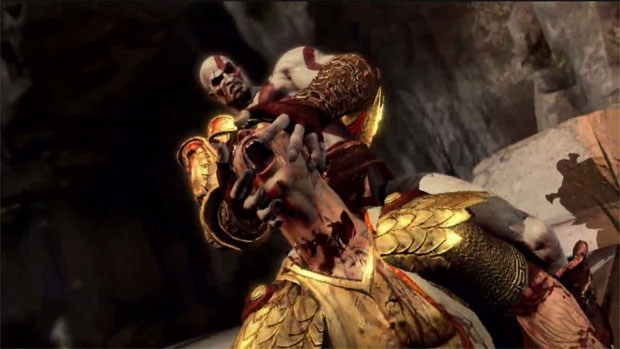 Given the choice, would you choose to tear of Helios head in God of War III (pictured above) by shaking your controller? According to the game’s director, Stig Asmussen, that’s something you just might get to do when the game ships for PlayStation 3 next March.

“We’re not currently using it,” he told GamePro about the PS3 controller’s SIXAXIS support, “but that doesn’t mean we won’t get something in there by the time it ships. I can see a lot of different uses for it.”

Assumussen assures it won’t be used for balancing on beams or anything, but uses the example of shaking the controller to yank of Helio’s head.

As for the future of the game via downloadable content, Asmussen says that it “would make a last of sense” to be able to download additional challenge rooms. In previous games, a number of challenge rooms shipped on the disc; with DLC, Asmussen feels it could be “a good way to keep the series going.”

More over at GamePro.