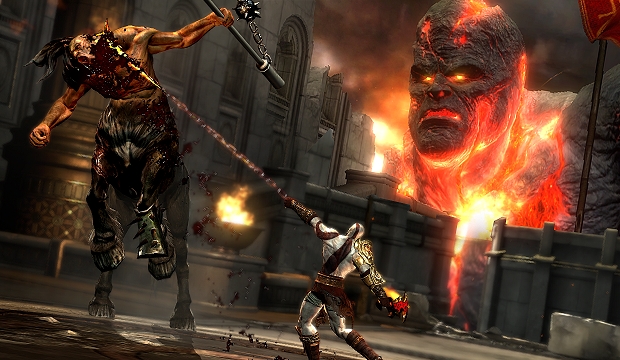 Earlier today I brought you my hands-on impressions of the first 30 minutes of upcoming PlayStation 3 game God of War III. It goes without saying that they were very good.

While at the same event, I got a chance to sit down with God of War III Director of Product Development John Hight, and he had a lot to say about the development of the game, his experiences working with a remarkable team, and even the stuff he likes to play when not dedicating countless hours in the day to Kratos and the gang (he loves Dragon Age!).

One particular detail that we went into concerned everything in God of War III that comes after the 30 minutes I was allowed to play. I asked Mr. Hight what players could expect after the stunning sequence that opens Kratos’s third adventure. After smiling a very telling smile, John informed me that “you haven’t seen anything yet!”

Elaborating slightly without revealing too much, Mr. Hight told me that the first 30 minutes is nothing compared to some of the other stuff that happens later in the game. He even laughed because I know he wanted to tell me more about what epic things await me and the rest of the world come March 16th, when God of War III releases.

I can’t even wrap my head around how anything could be better than the opening sequence of God of War III, but knowing that the game only improves as it goes on is very exciting news.

Only one more week …

Filed under... #God of War#Interview#Top Stories