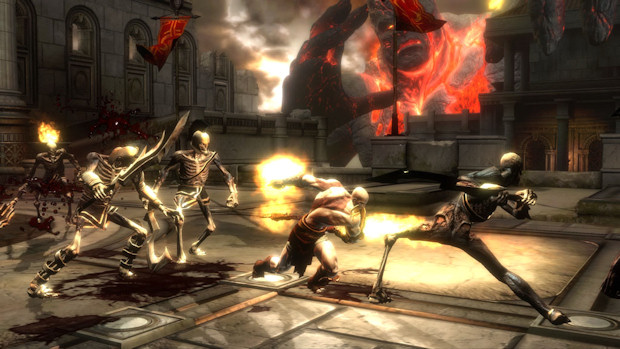 Everybody’s favorite Ghost of Sparta will be donning the Blades of Chaos and cutting Gorgon heads off next month, when a God of War III demo comes to the PlayStation Network. Here’s the catch, though — despite being a Western-developed game, this will be for Japanese customers only.

Annoyingly, obtaining the demo won’t just be a case of logging into your obligatory Japanese PSN account, locating the demo, and downloading it. Sony has confirmed that this demo is part of a promotion to help sell copies of inFAMOUS, which launches in Japan today. The demo needs to be unlocked with a code that comes in the inFAMOUS box.

The demo will be available on November 19, and Sony is yet to confirm any details for we filthy Roundeyes.

Once again, Sony has made my life bad. This is punishment for me laughing at the PSPgo, I know it.

Filed under... #demos#God of War