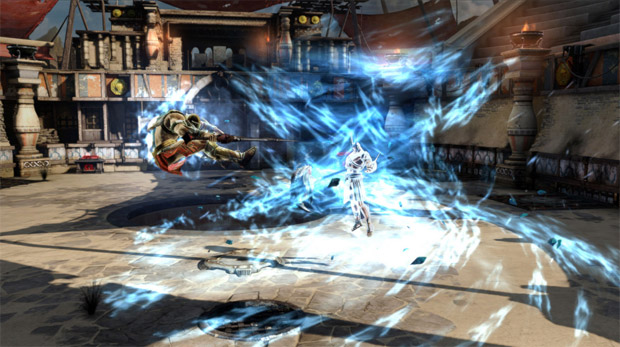 Improvements to matchmaking are also in the works

The next update for God of War: Ascension will address some issues with multiplayer as well as add a couple of features. For starters, Sony Santa Monica intends to raise the level cap from 30 up to 40 while adding one item, two relics, and an ultimate magic for all of the game’s allegiances.

Update 1.04 also adds the option to see your statistics from the main menu, addresses problems with audio dropping, promises better-optimized matchmaking, and has fixes for unlocking the Spear of Destiny and Barbarian Hammer alongside other tweaks to weapon-shard drops.

Let’s hope this support continues for months to come. Are you still playing Ascension‘s multiplayer? Sounds like the team is about to announce downloadable content.