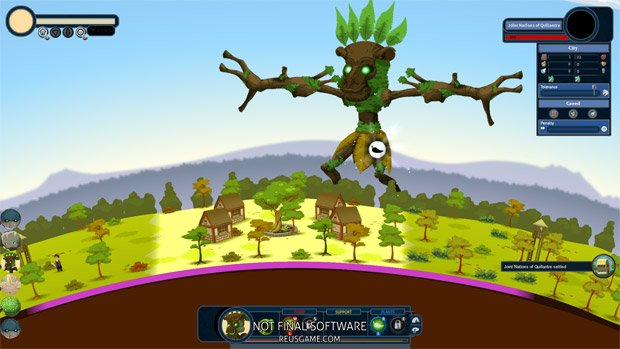 Help humans prosper but be wary of their greed

After teasing its promising 2D god game Reus, Abbey Games has returned with a much more extensive look at what the gameplay itself will be like. While they’re calling this a developer diary, it’s more of a quick walkthrough than anything else — and a good one, at that!

By controlling various giants, players will manipulate the world in an effort to create a livable habitat for humans. However, humanity cannot be controlled, exactly — its progress will be influenced indirectly. “Spoil the humans too much, and they might crave for more than you can give,” explains lead designer Adriaan Jansen.

Reus has a planned release for Q2 2013 on PC. Looks pretty good, don’t you reckon?