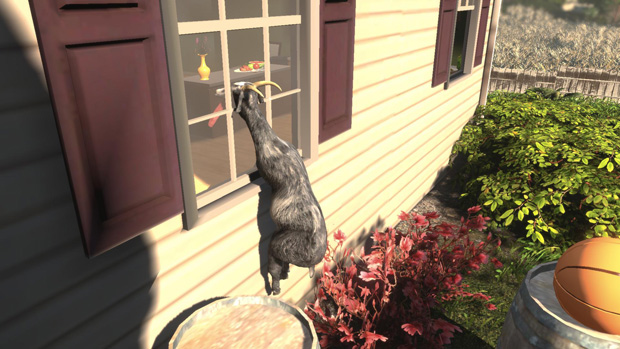 Two seconds. Two seconds into this launch trailer for Goat Simulator and I was already laughing.

It’s coming to Steam on April 1, 2014 because that’s only fitting. To be clear, yes, Goat Simulator is an actual, real game even if it didn’t start out as such. Pre-orderers will get access to the title four days early, so consider doing that if you’re feeling eager. How could you not be?

This is a game whose sole existence makes me happy. It doesn’t even need to be terribly fun, I don’t think. That’s almost become irrelevant. Long live weird-ass games.