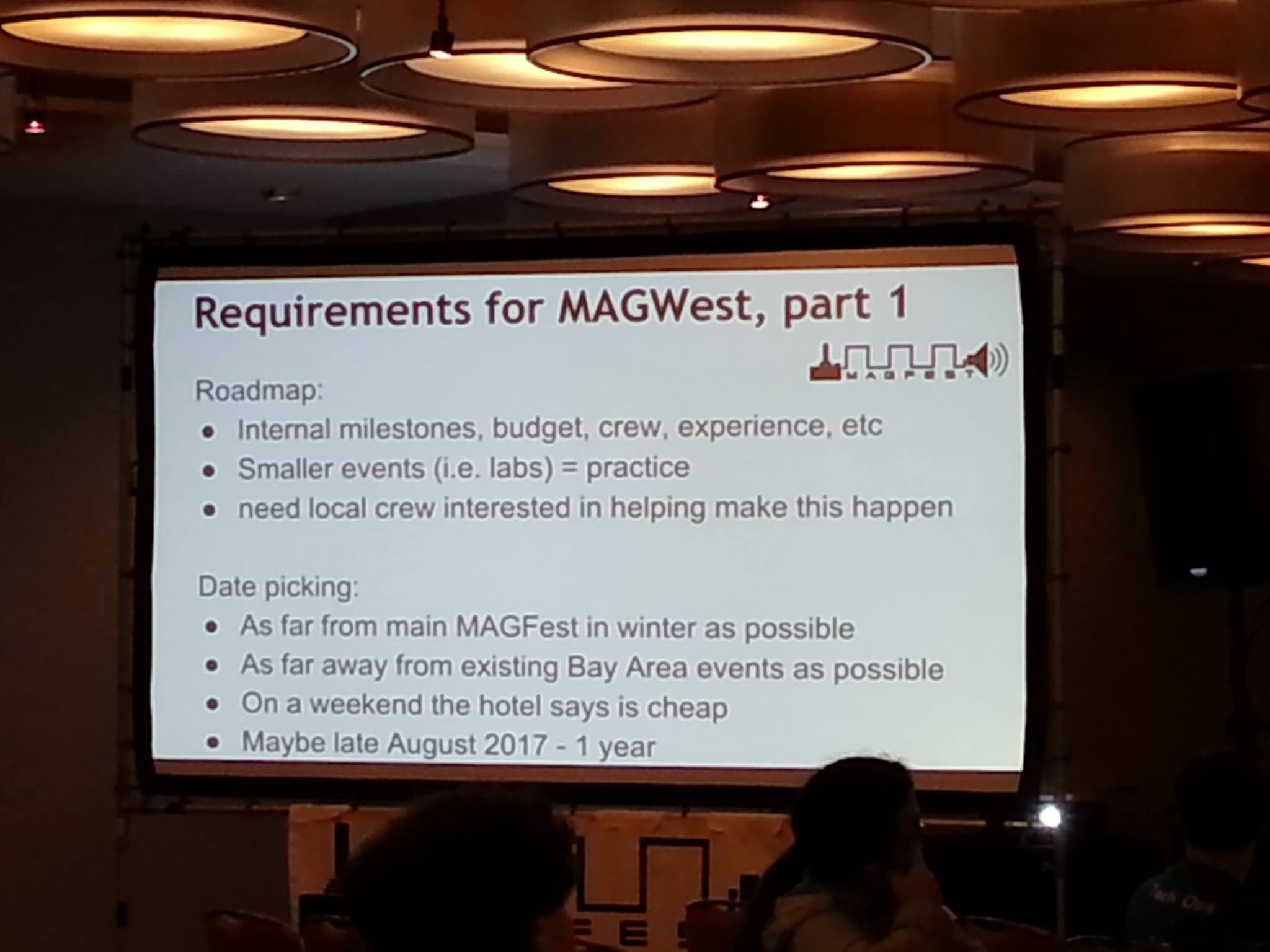 MAGFest has been a Dtoid tradition for many years, and has one of the biggest in-house community turnouts for public events. That’s partially because people come from all over the world to attend, but for you west coast folks, there might be another option — MAGWest!

Several weeks ago the powers that be held a small event called “MAGQuest” in an attempt to brainstorm up ideas for a new convention, which would not replace the old one (which is growing year after year, and set for January), but supplement it. The gist — they want it to be “as far away from the ‘main’ MAGFest as possible,” and they’re looking at a possible late August 2017 target.

So yeah, another MAGFest seems to be past the planning stages!