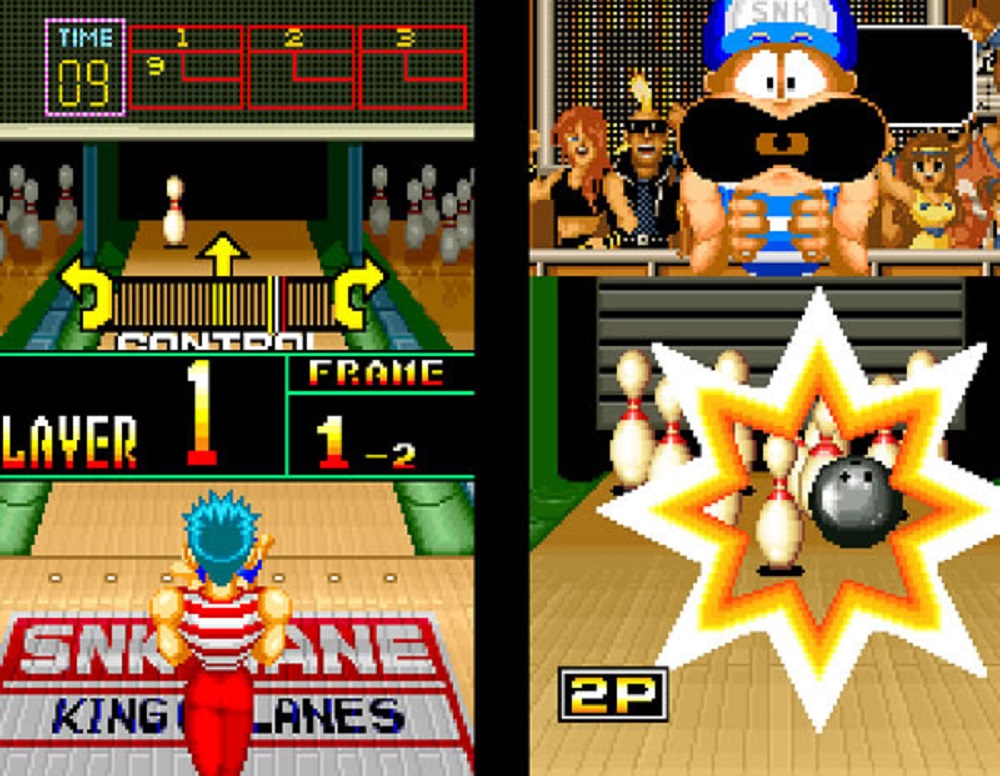 Obviously, you’re not a golfer

Hamster dip into their big bag of sporting titles for this week’s SNK re-release, as the supremely silly League Bowling returns for PS4, Xbox One and Nintendo Switch.

Originally available in the arcades 1990 before coming to the Neo Geo home console a year later. League Bowling was one of the first games to take the beer-swilling sport and translate it to the arcade market. Players pick from a selection of options such as dominant arm and ball weight, before heading out for ten frames of amusingly animated action.

Three modes of play are available. Regulation, which plays out like standard bowling,
Flash, which lets players time their shots to pick up bonus points, and the delightfully dated Strike 90, where players can build up multipliers for the next turn on the the lane. Still a chunk of fun today, League Bowling might be worth the dollars of any abiding dude.

League Bowling is available now on Xbox One and Nintendo Switch worldwide, and on PS4 in Japan.