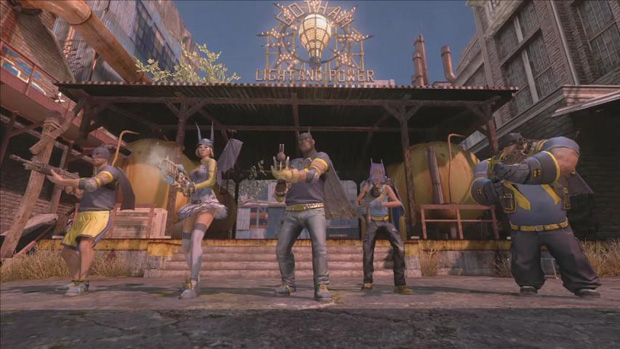 If, like me, you’ve been itching to run amok in the streets of Gotham, now would be a good time to pay attention. This is your reminder that the open console beta for Gotham City Impostors is about to kick off and registrations are currently being accepted at the game’s official website.

I still can’t decide whose banner I want to run with. Normally, I’m all about the bat. But I don’t particularly want to be Batman and it has to be kinda insulting to his work to have all these guys running around in his name. But if you can’t be Batman, the next best thing would be to be beaten by the Batman. I think I’ll fantasize about my character’s rep getting big enough to attract his attention.

Sometimes I get way too into these sorts of decisions.