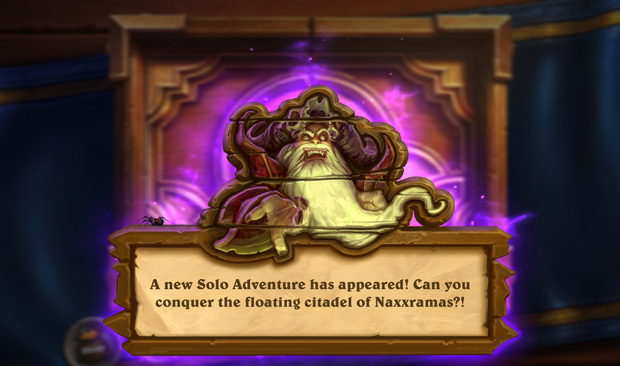 Can it be the weekend yet?

Blizzard has rolled out the first wing of Curse of Naxxramas, a single-player adventure for Hearthstone: Heroes of Warcraft. It’s free until early September, but the four subsequent wings will cost $6.99 or 700 in-game gold when purchased individually.

This first wing is the Arachnid Quarter. Defeat its bosses for new cards, including a Legendary Maexxna card, then return for Class Challenges and Heroic Mode for even more unlocks.

For a full pricing breakdown of Curse of Naxxramas, head over here.