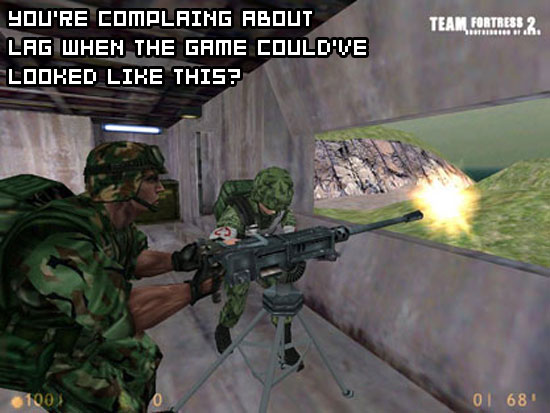 Hey, want to personally complain to Valve about Team Fortress 2 lag on Xbox Live? Better yet, how about while you’re playing a game of Team Fortress 2 over Xbox Live with the very team responsible for it?

This Friday, October 19 from 3-7 PM PDT, Xbox Live Gold subscribers will have the opportunity to go head-to-head against Valve in The Orange Box’s Team Fortress 2. Being selected to play is easy, and there’s no fancy contest to enter and win. Simply add a long list of Valve devs to your Xbox Live friends list, and then bomb them with game requests and profanities on Friday night.

OK, so who’s going to be the first jerk to invite them to a game of Halo 3? Hit the jump for the full list of Gamertags you’ll be spending an hour adding to your friends list.