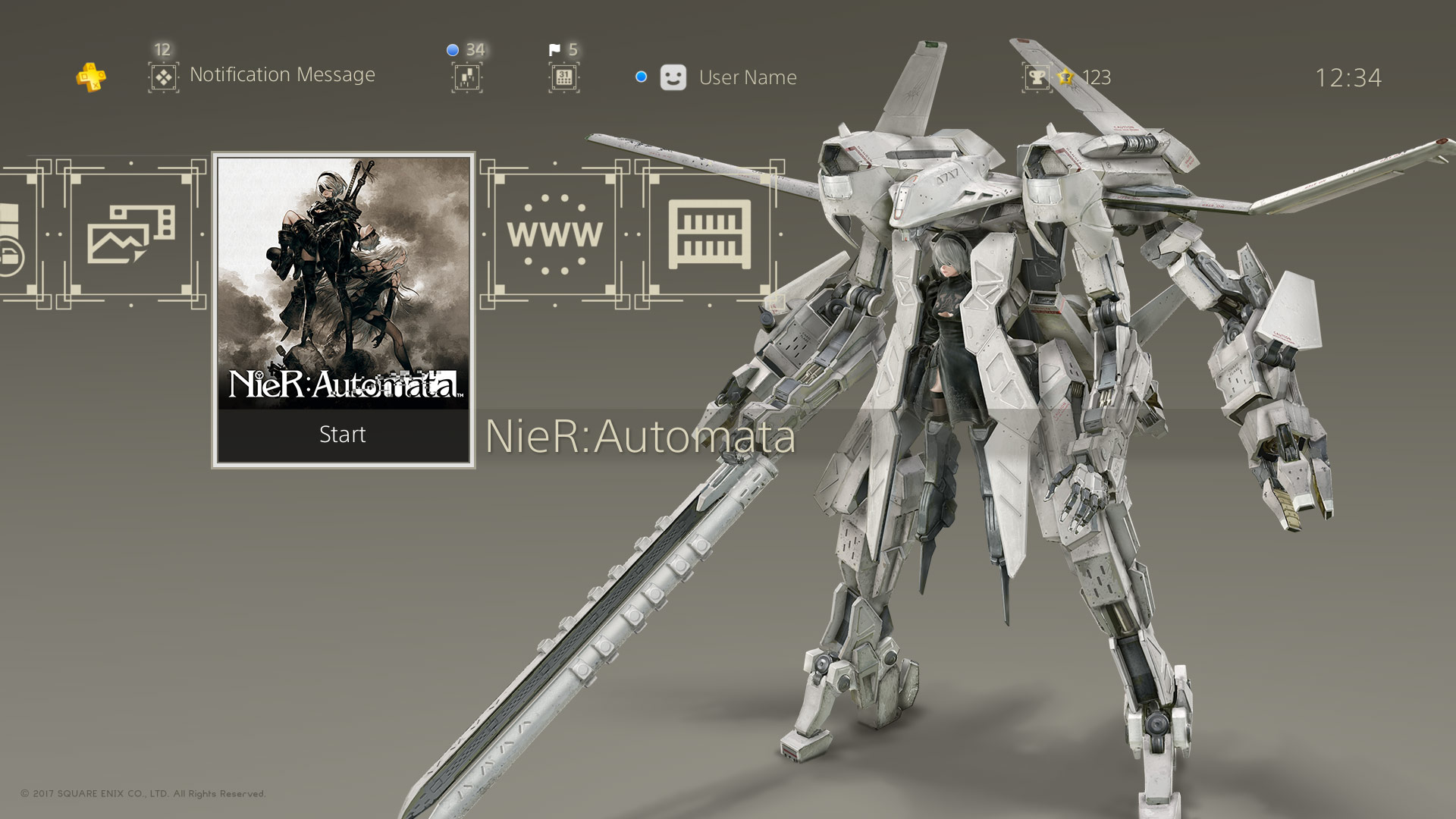 NieR: Automata is coming. Right in the middle of a brand new console launch, a new Zelda game, and off the heels of another open world game in the form of Horizon Zero Dawn. It’s…a rough launch to say the least.

Based on my time with a few preview builds I’m pretty happy with how it turned out, so maybe it will have longer legs, especially when the mysterious PC version drops. Either way, you can get pumped for it now if you have a Japanese PSN account by grabbing two free PS4 themes off the store.

They’re basically the same, showcasing the same grey/white theme with two different colored robots, but I dig how the aesthetic matches the in-game menus to a tee. March is going to be a busy month!