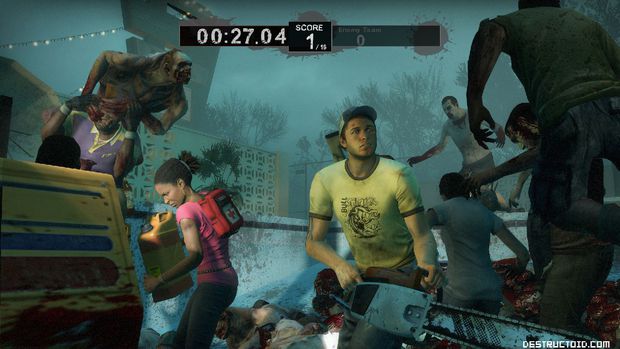 The Left 4 Dead 2 PC demo is now available via Steam after a short delay that almost caused the Internet to explode … or catch on fire. We’re not sure which one — mainly because we just made that crap up — but considering some of the raw emotion we’ve observed on various message boards since the recent Valve stunner, we wouldn’t be surprised if the Internet didn’t actually almost collapse.

As a bit of a refresher: this is the pre-order demo — an “early access” thing that Valve is giving people for letting their money sit in the Steam bank account. The actual demo for everyone is supposed to hit PC and Xbox LIVE on November 3 (or 10th for LIVE Silver membership holders).

What are you waiting for? Jump in “The Parish.” Tell us how it is. Discuss this thing.