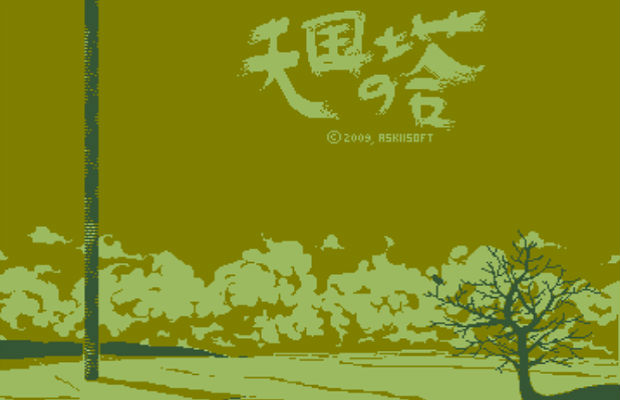 If you’re in college (or a particularly rambunctious teen) you’ve probably played a drinking game called King’s Cup. Well, substitute the Shlitz for a three-color platformer with an absolutely killer soundtrack and you might have something resembling Askiisoft’s Tower of Heaven.

Tower of Heaven looks like a typical platformer (except for the charming Game Boy visuals) about a Pikmin-inspired protagonist jumping and floating his way to the top of a tower. Here’s the kicker — an increasingly arbitrary and sadistic deity keeps dropping down Sinai-style commandments that the player must obey, lest he be struck by lightning or spontaneously explode. I’ve embedded a video of a short demo after the jump and, by the end of it, the player is forbidden from touching the orange blocks, touching any block from the side, or walking left. Protip: you’ll die a lot.

To celebrate the freeware release of Tower of Heaven, Askiisoft are hosting a speedrun contest over at the TIG Forums. You have until the end of the month to complete Tower of Heaven as fast as possible. The fastest player will receive a custom piece of art featuring Tower‘s Game Boy color palette while second and third place contestants will receive a custom sketch.

Although the keyboard controls aren’t ideal, the game is a blast, and it’s worth a download if only to rip the music files. Check out a video demo after the break, and download Tower of Heaven here — it’s absolutely perfect for an end-of-summer weekend.