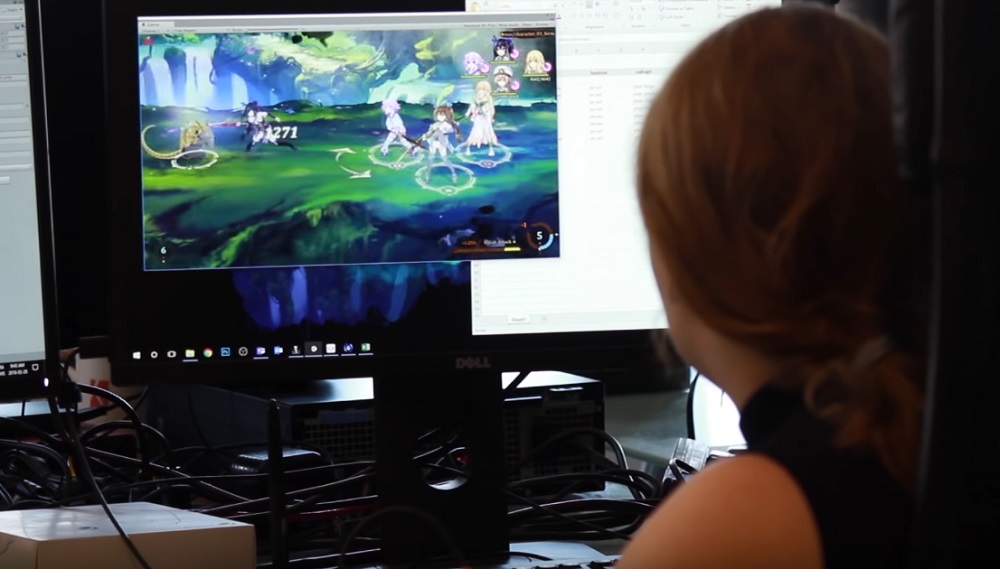 See how the Nep gets made

This week saw the western release of Super Neptunia RPG, the first game in the Hyperdimension Neptunia franchise to be developed in the west, crafted by Canadian outfit Artisan Studios.

Publisher Idea Factory has released a video featuring footage of the Quebec-based developer, giving us a look at the work that went into the latest adventure, which sees the incomparable Neptune and her pals battling both amnesia and an army of enemies across Gameindustri. Super Neptunia RPG puts a new 2D spin on the series, which is usually typified by 3D third-person action.

The near-seven minute clip shows us the small team hard at work on Super Neptunia RPG’s artwork, character design, animation, music and more, bringing the goddesses and their colourful world to life. As with all behind-the-scenes footage, the video is a reminder of the endless drive, effort and passion that goes into creating even the most niche of releases.

If you want to check out the finished product, then Super Neptunia RPG is available now on PS4, PC and Nintendo Switch.