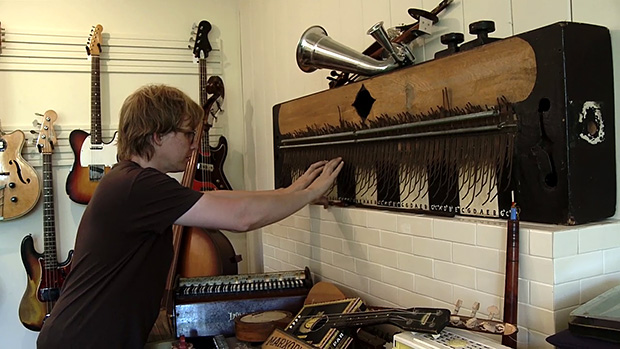 Red Dead Redemption is my current front-runner for Game of the Year, and frankly, I don’t think anything else will eclipse it. Much of my love for the game stems from its stirring score, which Bill Elm and Woody Jackson composed. Rockstar has put out a four-and-a-half-minute featurette detailing the process by which Elm and Jackson put together the soundtrack and integrated it into the game, and as someone who’s interested in music composition, I found the video fascinating.

If you’ve played the game, then you’ve surely noticed certain musical motifs that correspond to particular environments and actions. A particular riff comes in when you saddle up on horseback, and a different sequence will join in if you start shooting your gun. The composers planned for this by creating musical “stems” as opposed to entire songs, and they composed the entire score in the key of A minor at 130 beats per minute to allow for the stems to be overlaid among each other.

Even more interesting are the instrumentation and techniques used to create the music. Elm and Jackson utilized many period-specific instruments, such as jaw harps and harmonicas. There’s an instance in the video of someone playing a trumpet into a kettle drum! Everything comes together to create a unique, situation-based soundscape in Red Dead Redemption, and you can learn about it by watching the video.