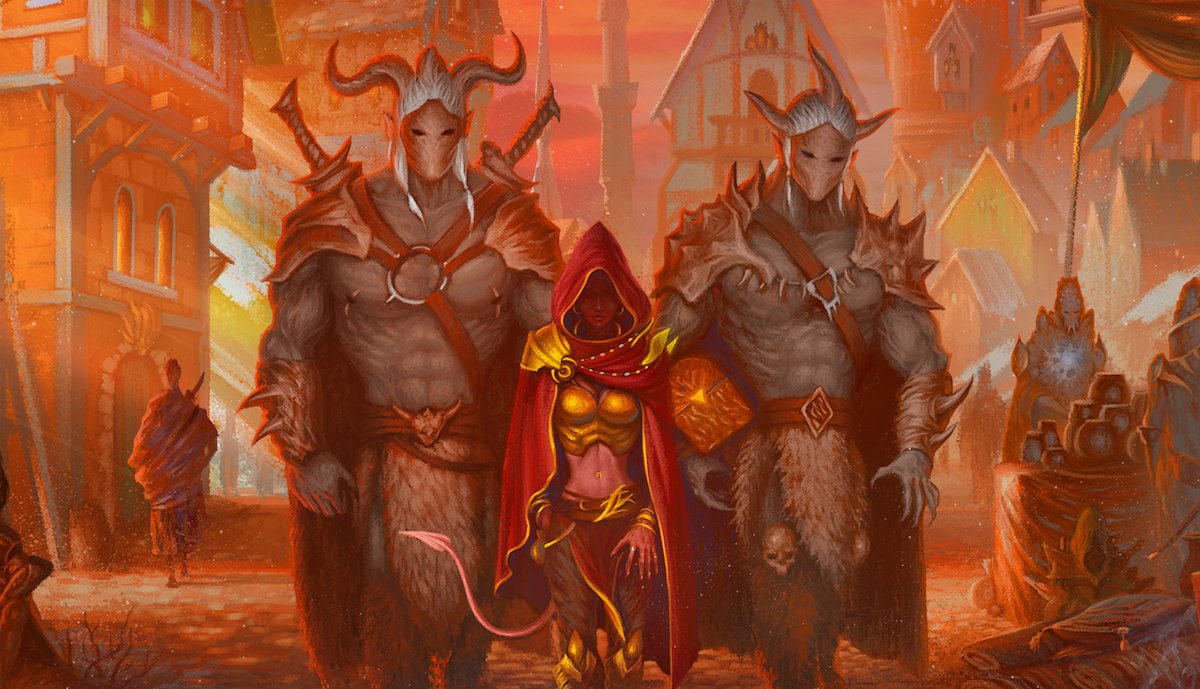 The new board game expansion just came out

Tabletop is taking over in ways it never has before. “Blame” Settlers of Catan or Dominion, but tabletop Kickstarters have been seeing a surge these past few years, taking up myriad spots on the all-time most funded Kickstarter list.

We’d be remiss not to mention Gloomhaven in that conversation, which started with a modest $386,104 funding amount and absolutely exploded with a retail release. With Gloomhaven coming to PC this summer, we figured it was a good time to give you a breakdown on why the tabletop version has been taking the world by storm. 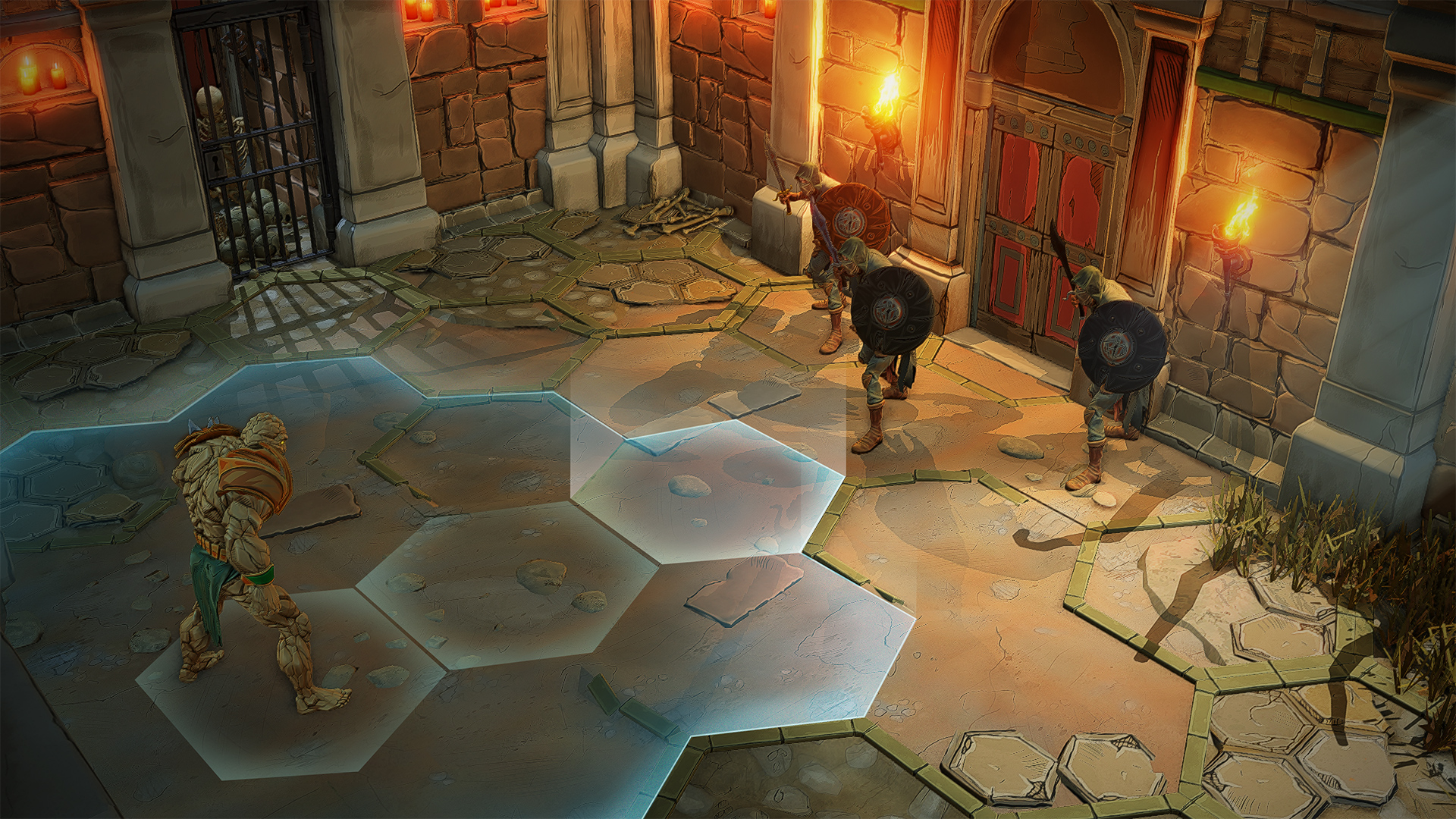 Let’s start with the digital plans since this is a video gaming site after all.

Right now the idea is to release in Early Access form on July 17 with a limited class selection featuring random dungeons (an element from the board game no less). After that period of feedback and polishing, developer Flaming Fowl Studios and publisher Asmodee Digital will unleash the full version into the wild, which is said to be a recreation of Gloomhaven. Their inaugural gameplay stream went live today, so you can see what it looks like. The tabletop version also just became relevant again with the recently released Forgotten Circles expansion (which adds a new class, more quests and extra mechanics).

So why do people care so much, and what makes Gloomhaven so special? Like many dungeon crawler board games before it, it’s a more digestible Dungeons & Dragons: a tabletop Diablo.

Intrepid adventures make camp in the titular town of Gloomhaven, then choose between six starting classes: Brute (Tank), Cragheart (melee and ranged mage), Mindthief (spell-based trickster), Scoundrel (thief/rogue), Spellweaver (mage), and Tinkerer (ranged damage/support). Do not take those parenthetical descriptor intimations as gospel, as all classes have a number of spells and abilities available that allow you to tweak their roles. The fact that they all have rather unique names (Scoundrel is the most mesmerizing here) should clue you in a bit as to what the creator was going for. 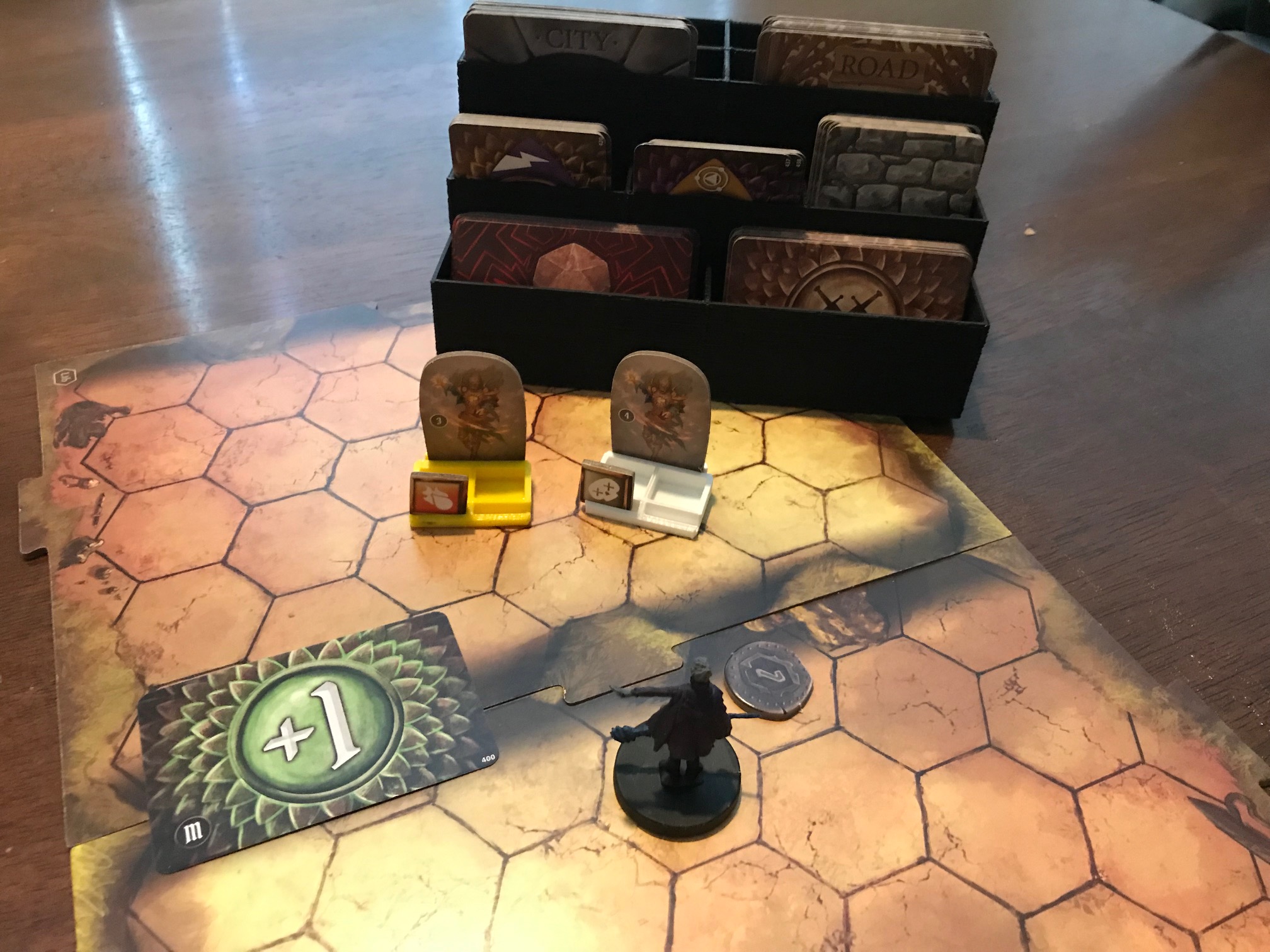 After that choice the rest of the game is fairly customizable and open-ended. Players can buy items from a shop to further augment their build or alter it completely, and select perks that change their efficiency in combat. There’s over 100 scenarios to unlock and progress through, with branching story paths that will actually prevent you from doing some quests based on your choices. Every time you enter town you also have the chance to do a city event (another choice) and upon embarking upon a scenario you must do a road event (more choices). It gets even more fun when you theorycraft builds and (gently) argue with a group as to what the best course of action might be.

Once you’re in a dungeon, combat takes place in hexagonal format (not unlike a lot of popular SRPGs) and is completely strategic in nature with a card-based tint. Don’t let that latter bit scare you away though: players fully control what cards they have in their hand (it’s your build, after all), which is dictated by each class’s maximum hand size. From there you’ll sling spells at your leisure, and discard/lose cards depending on how powerful they are. Again strategy is paramount: as you essentially have a maximum amount of turns you can take (having no cards to play results in exhaustion, essentially death), and using your cards (or items, like a discard-replenishing stamina potion) correctly can net you more turns.

It sounds like a lot for a sub-$100 (as of the time of this article) board game, and this massive box is backed to the brim with stuff. There’s myriad board pieces to form hundreds of combinations of dungeon layouts, an entire army of enemies and bosses, and each enemy type even has their own cards that facilitate their unique combat strategy (a shaman might buff their allies for instance or debuff players).

It’s easy to get sucked in, even after the first session. Currently I have two campaigns running with two different groups and I’m in talks to start a third. Each group I’ve encountered has gone all out, buying various 3D-printed accessories or making their own. You can go as hard as you want, and some people (here, and here) go hard. Like D&D, Gloomhaven for a lot of people is far from just a board game you can pick up for a few hours at a time (though you can if you want): it’s an event. 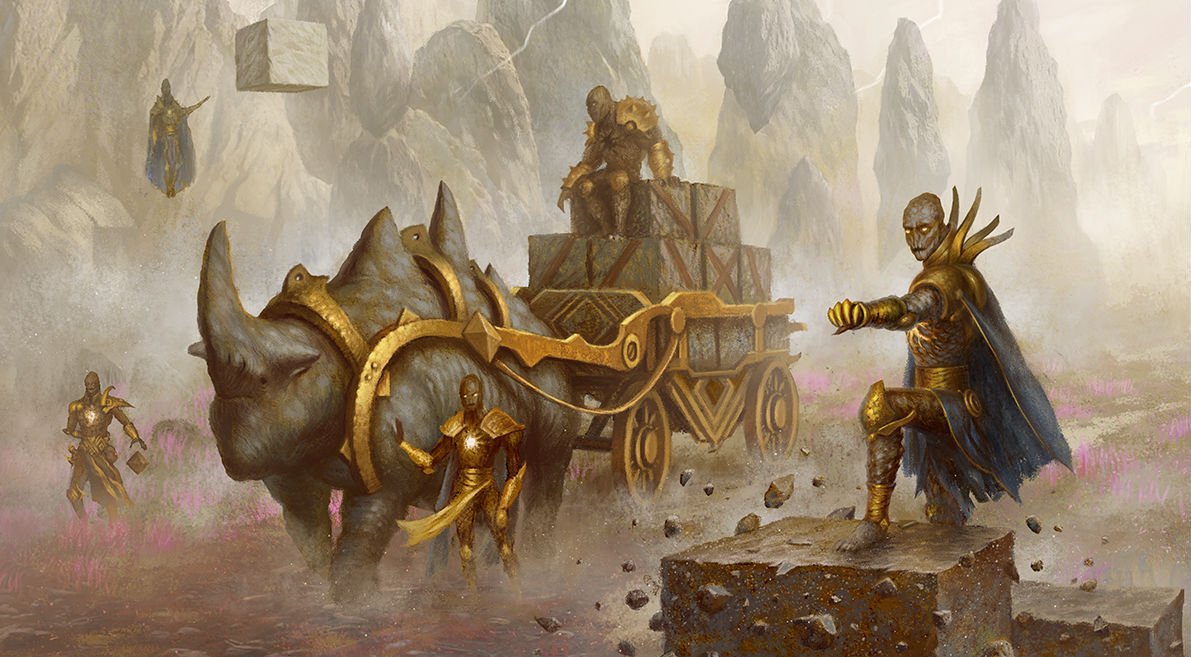 After experiencing it with many different people, the allure boils down to the strong worldbuilding and the fact that it can be heavily customizable. Dungeon crawlers have a penchant for difficulty, and Gloomhaven can be tweaked with each and every scenario. If you’re having trouble on a particular mission you can try again on an easier setting by simply tilting enemy stat cards to make them weaker, then bump it back up again.

If you dislike a specific class you can just re-roll another one and try a different build. By completing certain requirements (“retiring”), you can unlock upgrades for all future characters and some new classes in the process). The aforementioned gigantic box is full of secrets, like a veritable treasure chest of real life DLC that’s included in the base game.

It took a long way to get there over the past several years (with a second edition and many FAQs/Errata posts), but the rules are pretty iron clad and the lead designer, Isaac Childres, has been fairly accessible when it comes to answering edge cases. For a game with myriad different strategies, unlockable classes, and replayability baked-in, that’s a huge accomplishment.

It’s impossible to recreate a lot of that in digital form, but Asmodee sure will try. I’ll be playing both in tandem while they sort that all out: however long that may take.