A while back, our own Darren Nakamura reviewed the Early Access release of Gloomhaven‘s digital adaptation. While he was excited with the prospect of a digital version of the game, he warned that newcomers should wait a bit as there was little to no tutorial at the time. Thankfully, the Early Access train has rolled along and a fully scripted tutorial is now available.

The update is rolling out to coincide with Asmodee Digital’s weekend Steam sale as a double whammy of enticement for those who were reluctant at first. As someone who considers Asmodee to be the tops in terms of digital board game adaptations, consider me baited!

As well as rolling out the tutorial, a fifth playable character class is now available digitally as well. The Tinkerer – one of the six starting classes for the board game – joins the group as a support class.

With this fifth character, the only one left out of the base Gloomhaven classes is the Mindthief. The plan is to have Mindthief implemented before year’s end with the remaining 12 classes coming before the game has a full release in 2020. This roadmap provides a bit more insight into other upcoming features. 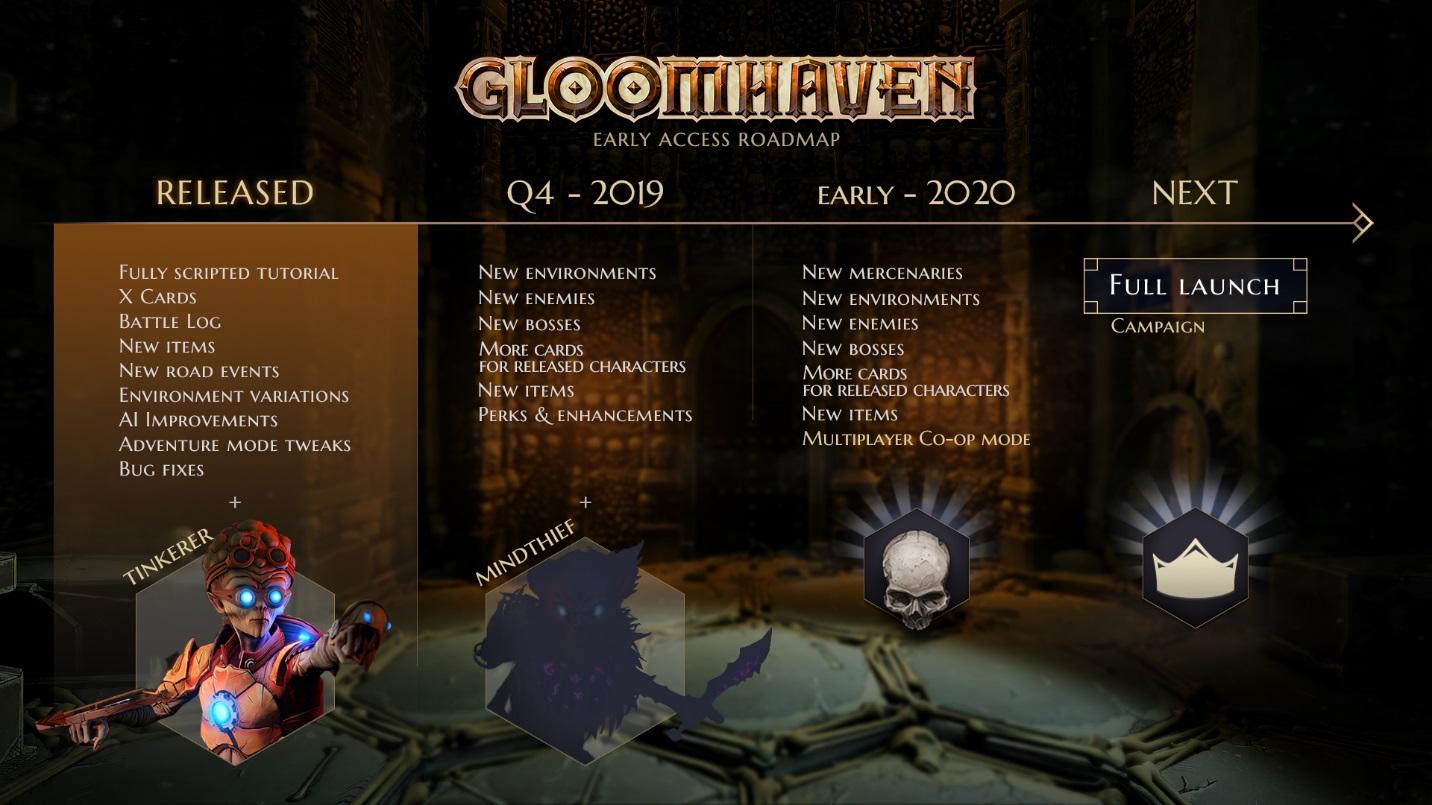 As well as offering 10 percent off Gloomhaven, Asmodee’s other games have deeper discounts, some of which move them into unmissable territory. My personal picks are below, but you can see the entire catalog on sale on the publisher’s Steam page.