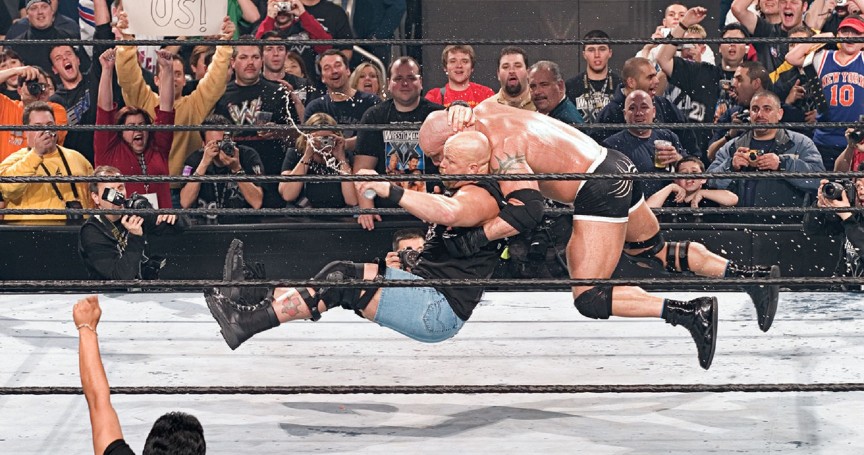 As 2K is wont to do on occasion, the cover athlete of WWE 2K16 isn’t a current full-time WWE Superstar. Well, he’s current in that he hosts one of the best wrestling podcasts today, but he doesn’t step into the squared circle anymore to grapple. Sometimes he’ll return to guzzle brewskis, though.

Stone Cold Steve Austin a/k/a The Rattlesnake a/k/a The Toughest Son of a Bitch in the WWE will be featured on the cover of WWE 2K16. In a statement through WWE, Austin said “To get that phone call and be on the cover of what is going to be the biggest, baddest video game that there’s ever been, with the roster and all the technology, and to be out of the ring for so many years meant a whole lot to me.”

The cover will likely be formally announced on WWE Raw tonight, either with a live segment or during a commercial. Don’t be surprised if the glass breaks tonight, because it’s definitely happening when the game releases on October 27.