[Dtoid community member and chooser of excellent screen names Mr Knives is thankful for the TimeSplitters games. I’ve never played them but have heard from lots of folks over the years that they were, to quote the Greatest Generation, “lovely.” Want to see your own stuff appear on the front page? Go write something! –Occams Electric Toothbrush]

When I was young, many of my fond gaming memories were spent playing FPS games with friends. Whether it was playing Blood Gulch Capture the Flag in Halo or Golden Gun mode in GoldenEye, multiplayer with guns is something that ranks up there with some of my favorite gaming memories. If you name a popular first-person shooter from the ’90s, my friends and I probably played it.

However everyone has that one game or that one series that’s the black sheep in their circle of friends. That one game that despite being a good game, was never as popular as the other titles that your friends played, constantly being overshadowed by the more popular options. For every Smash Bros., there’s a Power Stone 2, and for every Street Fighter II, there’s Guilty Gear.

For me that one series has always been TimeSplitters. 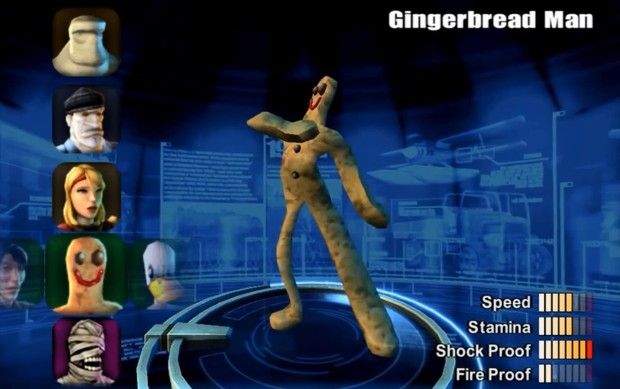 As a life long fan of both GoldenEye 007 and Perfect Dark, the TimeSplitters games have always felt like the true sequels that both of those titles never received. To me, they were everything that I held dear from the Nintendo 64 classics in a (at the time) shiny next gen package.

There are three games in the TimeSplitters series: TimeSplitters for PS2, TimeSplitters 2 for the PlayStation 2, Xbox and GameCube and TimeSplitters: Future Perfect, also on all three sixth-generation consoles. The TimeSplitters games were made by Free Radical Design, a team that included some former GoldenEye and Perfect Dark alumni. The games featured a basic storyline of having to go to different time periods to stop an evil alien race known as the TimeSplitters. While the story was an entertaining, yet simple one, it served more as an excuse to offer some of the best level variety in any console FPS. From Egypt to 1920s Chicago to a Terminator-inspired battlefield of the future, if there was ever a time period that featured some sort of firearm, TimeSplitters probably went there.

All of this variety was also featured in the multiplayer mode, arguably the main attraction of the series. The game features dozens of modes, hundreds of weapons and weapon combinations, a huge variety of maps and user created content. To boot it also has hundreds of fun and quirky multiplayer characters. TimeSplitters gave you everything you could ever ask for from an FPS of that era. Does a rockets only deathmatch while playing as robots with fishbowl heads set in a Chinese restaurant sound insane? This is one of the more “normal” options you can create as there are nearly endless ways to play all three games. 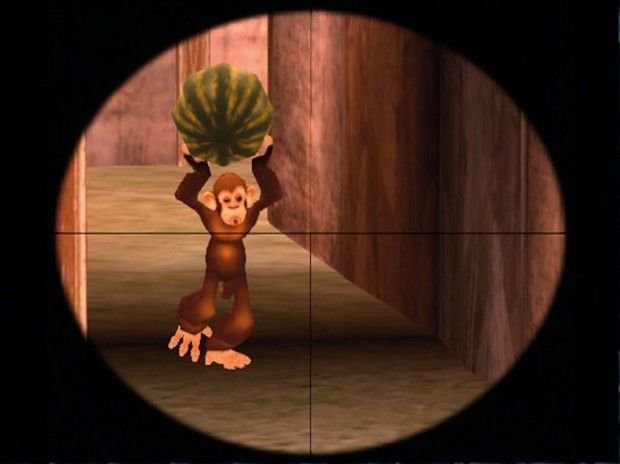 Despite being an awesome game series, the reason TimeSplitters ranks so high on my list of best games ever has a lot to do with who I playing with. This time, it wasn’t my friends, but rather my siblings.

I still remember playing a humans vs. bots deathmatch with my younger brother and sister casually watching. I was using a flamethrower to incinerate monkeys, zombies and ninjas on a disco dance floor. At the time, both of them only had a casual interest in games and only occasionally played stuff like Mario Kart and Super Smash Bros. An FPS was absolutely off limits to them not only due to the sometimes graphic content, but complicated controls and intimidating multiplayer.

However, the allure of flaming monkeys, zombies and ninjas running around with disco pumping in the background was too much for them to ignore, and soon both of them asked to try the game with me. After a few rounds of learning the ropes, they were sitting alongside me laughing, fragging and having a blast. For the first time in my life, I had seen an FPS, a genre that was once deemed too “hardcore” for casual gamers, convert my younger siblings into combat obsessed maniacs wanting to play just “one more round” until the late hours of the night. 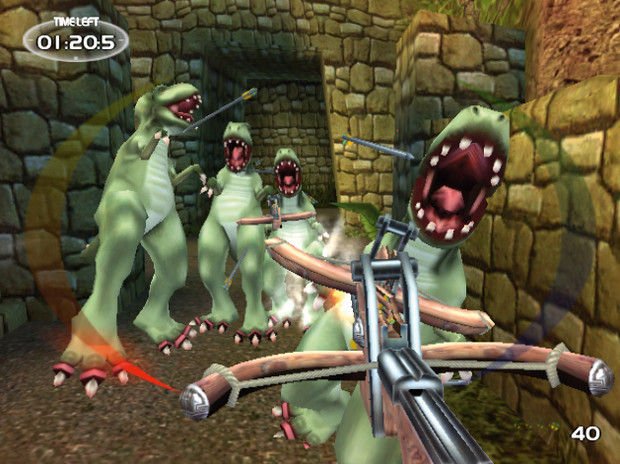 As we grew older and our interests slowly evolved to playing other games and hobbies, we still found ourselves coming back to TimeSplitters when we were all together. The holidays could always be remembered with the four of us sitting around a TV, laughing and screaming as our crazy characters took shots at each other. It was family bonding born in cartoon bloodshed, and remained one of the things that allowed us to bond over the years.

Its for these reasons that I am thankful for the TimeSplitters series. It took my favorite genre of gaming and let me share it with people who otherwise I would have never been able to share it with. To be able to share a genre that is often criticized for a bevy of reasons with the people I care about the most is something I will always be thankful and appreciative of. There was no DLC to buy, no accusations of not being “hardcore enough” no mouse lag, no server migration, no toxic community; just pure gameplay and many happy memories of simpler times in gaming.

I’m an adult now, working and living in South Korea, thousands of miles from my home. My siblings are now all grown up and either starting their own careers or beginning their university education. We have all entered that stage in life where we are apart more often than before, and the time we can spend together lessens everyday. 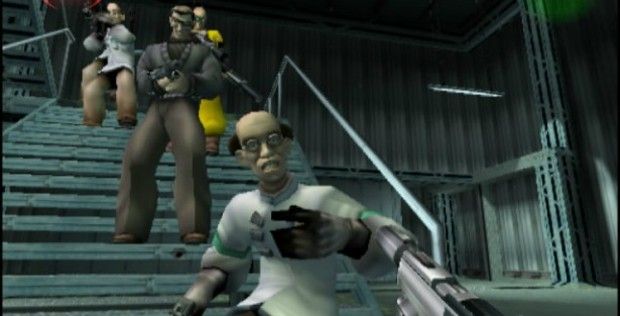 This Thanksgiving I sadly won’t be able to spend it with my family back home and honestly, it makes me a bit sad. Its during these moments of homesickness I’ll think back to those days huddled around the TV, gigantic Xbox controller in hand, yelling and screaming together while trying to get that last kill. I’m not sure when we will all be together again, but I know that when it happens, we’ll be sure to dig out the old Xbox and play a few rounds, for old times sake.