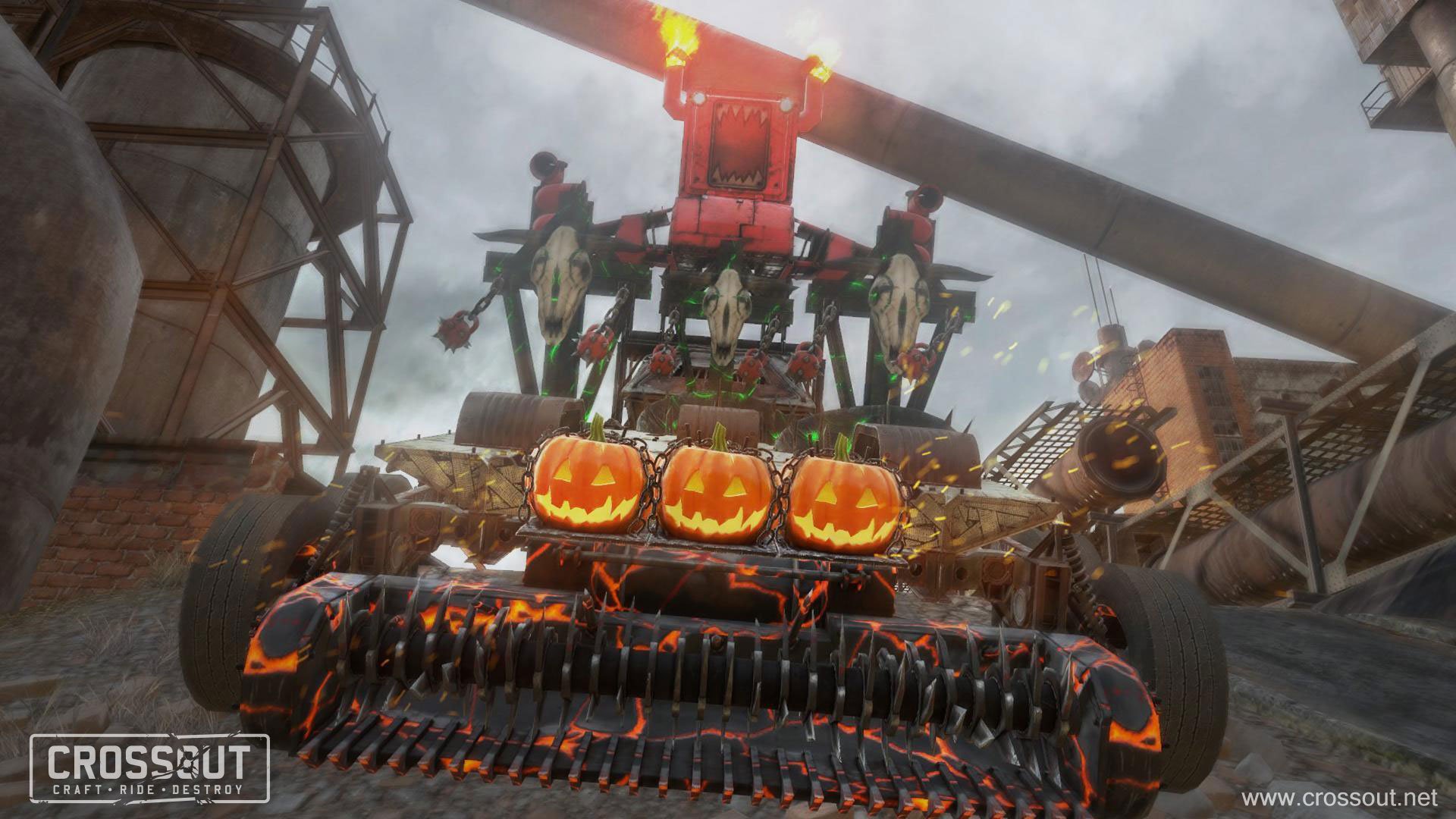 Why run a contest when you can run a giveaway? Take one of our 4,000 keys to boost your squad in Crossout.

While I’m known primarily as the contest guy around the Enthusiast Gaming network, I do run the occasional full-on giveaway to give you stuff completely free. So today, that’s exactly what I’m doing!

We’ve got 4,000 keys to unlock the Mechanics’ Flag in FTP vehicular combat game Crossout. Come claim one to boost your team’s experience for the next week!

Take it away, Targem Games:

Targem Games and Gaijin Entertainment are celebrating Halloween in the post-apocalyptic online action game Crossout. From October 16 until November 1, players can craft unique decorative items for their Crossout vehicles by collecting “Tricky Treats” through in-game tasks. Items like a crazy exhaust and the hearse horn will not only instill fear in the enemy’s hearts, but also increase the amount of experience a player earns while using his vehicle in battle.

Those that rather prefer to solve problems with the help of a trusty gun or cannon head for the PvP mission “Trick or Treat!” where it’s all about converting cars to scrap metal. Those survivors that can trash the most enemies will receive the most “Tricky Treats” as a reward after the match. And no one can ever have enough “Tricky Treats!” There are 23 decorative items, unique colors and stickers for vehicles available for the sought after dangerous treats in the Halloween shop. Players can proudly mount their hard-earned Halloween items on their vehicle and show them off in battle, or grab some serious coin by selling them to other players on the in-game market. More information about the Halloween event in Crossout is available on the game’s official website: https://crossout.net/en/news/692/current/#/

To help celebrate Halloween, we’ve got some spooktactular codes to give away for the PC version of Crossout – Mechanics’ Flag codes will give you the boost you need to join in the fun with a decorative item that gives +15% experience for the owner and +10% to all members of the team, available for 7 days.

It’s simple: We have 4,000 keys to give you a 15% experience boost, and your teammates a 10% experience boost. Your boost lasts seven days, and did I mention this is totally free? Just take a key, already.

Simply request a key from the widget below. That’s it. That’s how you win. You can take one — sharing is caring, folks.

The effects of your key will last seven days from redemption. Keys must be redeemed by November 11, 2018. These keys are only for the PC version of Crossout. Redeem your keys on the Gaijin store.

You can play Crossout today for free.