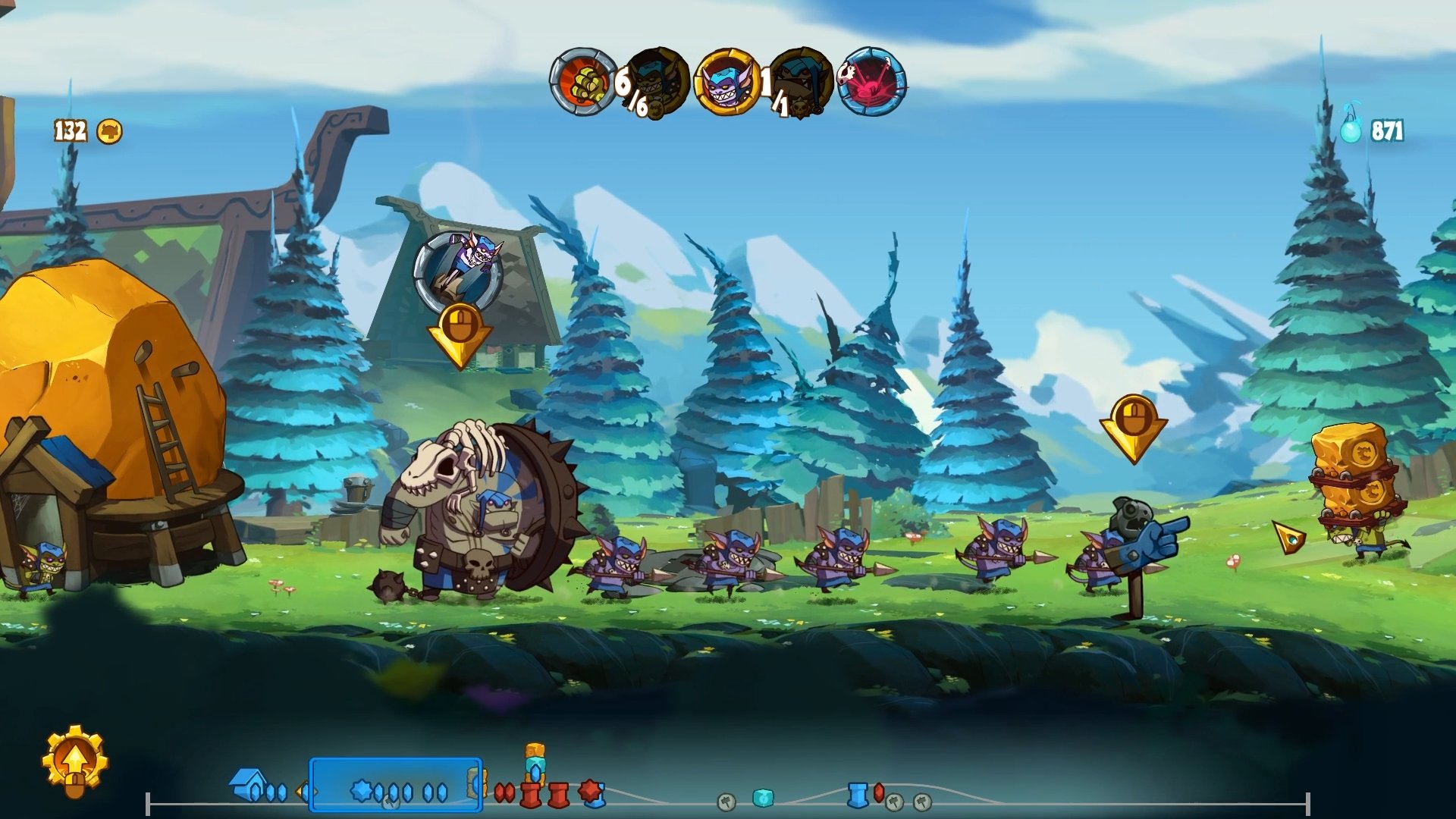 A giveaway a day keeps the bankruptcy away. Just take one of these Swords and Soldiers 2 keys, alright?

You may recall last week when we tried giving away 50 multiplayer beta keys for Swords and Soldiers 2 Shawarmageddon. Well, the team over at Ronimo Games decided that only 50 keys was for weenies. And our motto is NOT “Also weenies.”

So let’s do the un-weeniest thing imaginable and give out 2,500 keys this time!

I’ll let the developer tell you about it this time:

Swords and Soldiers 2 is a strategic multiplayer lane defense game coming to PC and PlayStation 4 this November 6, with a Nintendo Switch release to follow! Vikings face off against Persian and Demon armies in ferocious battles across the globe. Push the enemy back and smash their base with a legion of distinct units, spells, and structures. If your opponent’s base still stands after all that, break the deadlock with one of the powerful heroes.

A 10-hour single player campaign sees you race against time to stop a tasty but terrifying apocalypse and is further bolstered by plenty of bonus challenges and mini-games. What begins as a simple mission to recover your favorite shawarma snack becomes a battle to prevent Shawarmageddon! Along the way you’ll also collect units, spells, and structures, which will allow you to build your own crazy mix by using the custom army feature. Build the army of your dreams — even use units from all three factions at once! Then, once your beard has grown and your swords sharpened, you can test your mettle either in local multiplayer or against other chieftains from around the world in online multiplayer!

Will the war on shawarma never cease?

Try the game out for yourself this weekend! All ya gotta do is redeem one of the multiplayer beta keys for Steam from the widget below. Hop into the action — just don’t steal any of my shawarma.

We have 2,500 keys up for grabs between Dtoid and PC Invasion. Once they’re gone, they’re gone. The beta runs through November 4. Please limit to one key per user. Please tell all your friends, though. Maybe some of your enemies, too.

Swords and Soldiers 2 Shawarmageddon releases on November 7 for PC and PS4, with a Switch release to follow later. And if you guys are real nice, maybe we’ll give away some copies of the full game at launch. Just maybe…