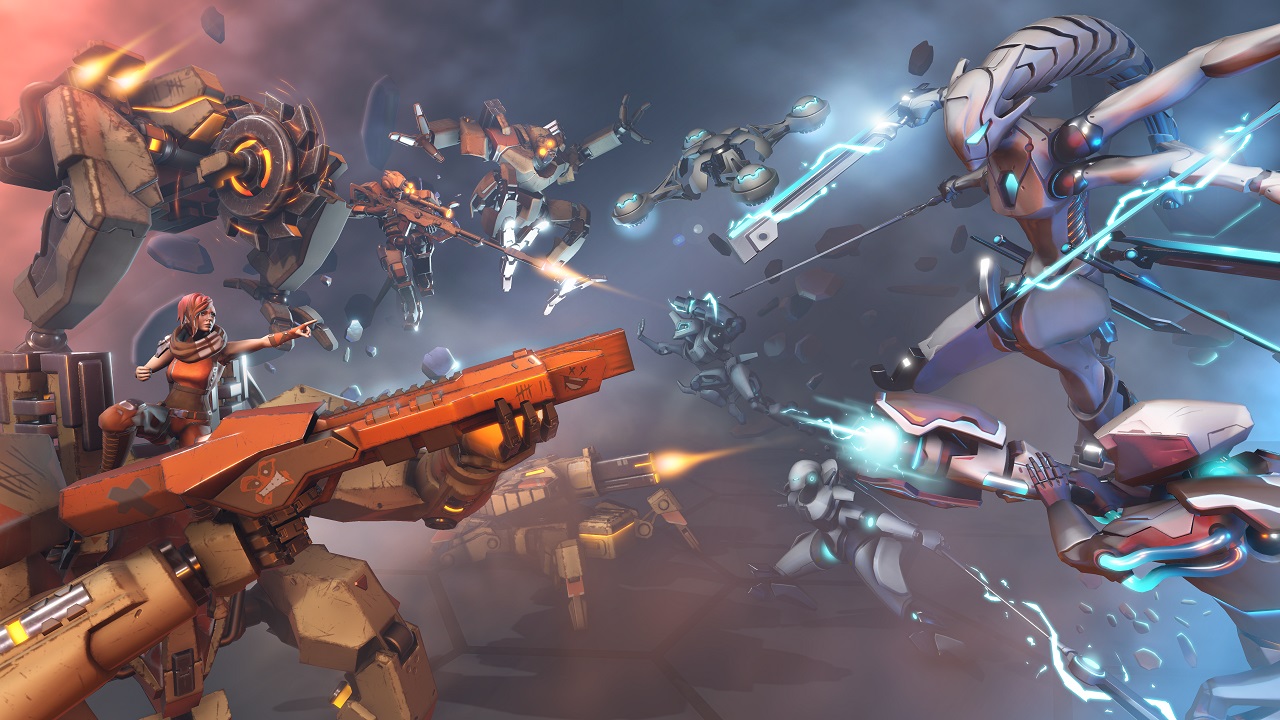 It means ‘combat’ in Swedish

[In case you missed it the first time around, the beta has been extended through January 31! Get your keys here and try it out.]

Looking to try your hand at a new type of PvP action game? Of course you are — that’s why you’re here.

A former founder of DICE branched out on his own to form a new development team with other industry veterans, resulting in Fall Damage. Their newest game, BATALJ, just entered a beta period, and they’ve given Dtoid/Enthusiast Gaming 15,000 keys to distribute. So come one, come all, and help us get rid of these keys!

BATALJ is a turn-based action strategy game that pits individual players against one another in squad-based, tactical combat. The name of the game is strategy: Choose between one of three factions of soldiers, choose your heroes and individual units, and plan out your attacks. Featuring an inventive simultaneous turn system, players will plan out their attacks, defenses, buffs, and everything in between at the same time. Then once the maneuvers are entered, the action phase takes over where the results of your hard work are either rewarded — or punished.

Your actions, strategies, and back-up plans are altered by your squad loadouts. With several hero characters and individual units to select, you’ll find multiple strategies to suit even the most deliberate playstyles. Play aggressively and stay on the attack; play defensively and plan for full-on assault; find somewhere in the middle and ride the ebb and flow of battle. Whichever you choose, you’ll have to find your perfect squad to be successful.

So, what are you waiting for?

To claim a beta key, all you have to do is request one from the widget below. If you have any trouble with the widget, feel free to contact me at [email protected] and I’ll send you one! And use the comments below to tell us what you think about the game — feedback is key in stuff like this, so feel free to share!

We have 15,000 total Steam keys to distribute across the EG network. Once they’re gone, they’re gone. The beta runs now through December 31, 2018.

Head over the Steam to check out more info on BATALJ and to add it to your wishlist! It’s currently slated for a 2019 release.