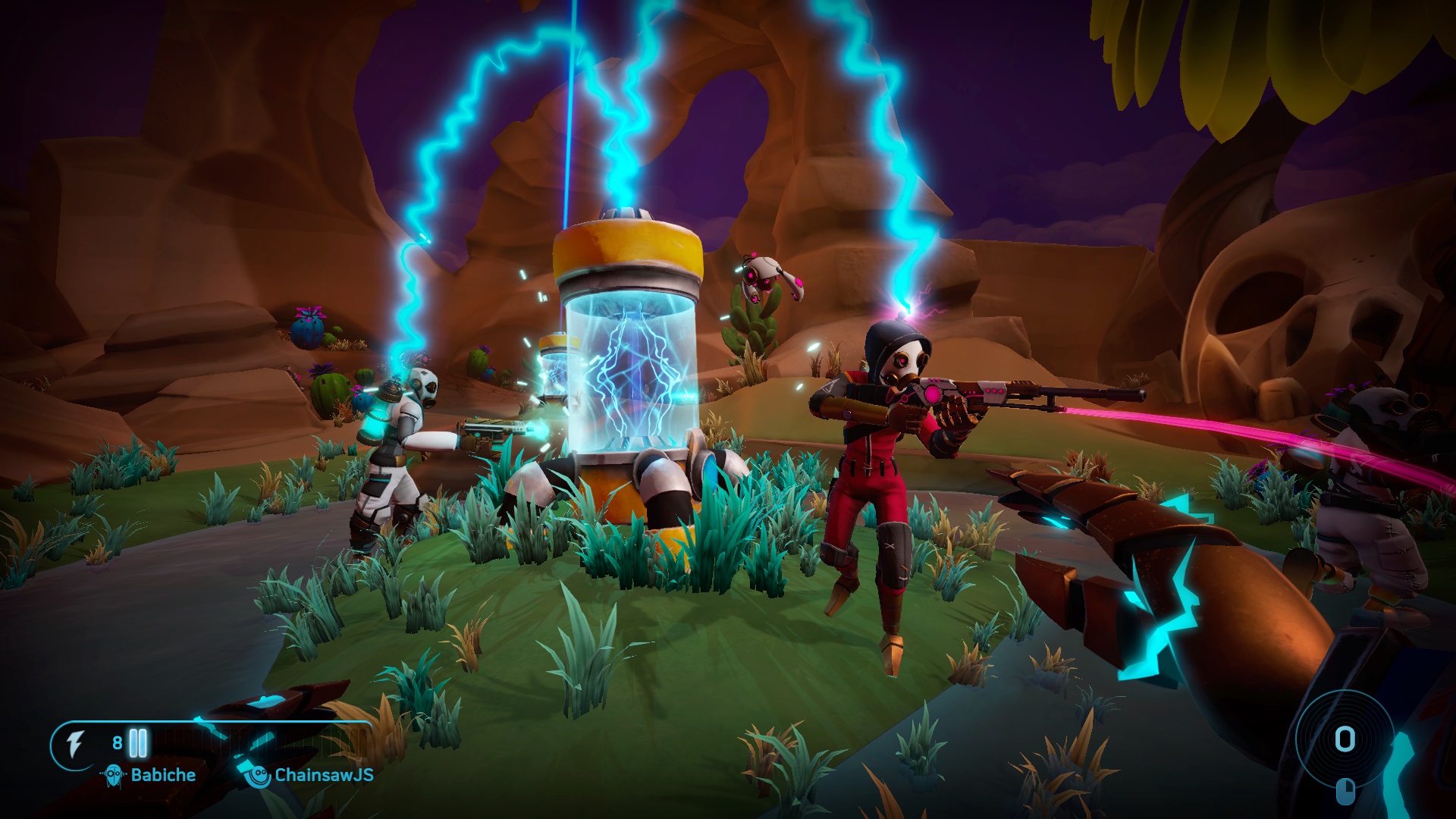 This is a giveaway, folks — no fancy work required! Take a beta key for multiplayer game Aftercharge.

Hey, you! Yeah, you. I’ve got a bunch of keys for a closed beta with your name all over them! Well, your name is just on one of them. There are lots of names this time of year, as I’m sure you can imagine. But don’t worry, you’re on the Nice list.

But only if you take one of these beta keys for Aftercharge.

Chainawesome Games is gearing up for the January 10, 2019 launch of their competitive multiplayer game, Aftercharge. I’ll let them tell you all about it!

Aftercharge is a 3-vs-3 competitive game pitting invisible robots against an invincible security squad in high-octane tactical skirmishes. Six glowing structures called extractor are at the center of the gameplay and serve as the objective for both teams. The robots have to coordinate their attacks, create distractions and sneak around to destroy them. The enforcers on the other hand have to cover as much ground as possible and use their abilities wisely to spot the attackers and stop them before they can destroy all of the extractors.

Unique blend of fresh mechanics
An invisible team fighting an invincible team, reviving allies instantly with no limit and zero cooldown on abilities are only a few mechanics that make Aftercharge a shooter you’ve never played before.

Asymmetrical characters
Choose from a different character pool on each side with widely different abilities and roles to vary your team’s strategy.

Online multiplayer and matchmaking
Team up with players anywhere around the world and face off against opponents of similar skill level.

This ain’t no regular beta, folks — this is a 72-hour event, running today, December 14 at 12 pm EST through December 16. Good thing you’ve got the beta’s official Discord server right here in this handy link — use it to coordinate with other players and keep up with the action as you go!

So go ahead, fellow robots, and get into the action!

We have 1,000 total keys to give out. Just redeem one using the widget below, and you’re all set! If you have any issues redeeming, feel free to email me at [email protected] and I’ll help ya out.

Aftercharge is slated for a January 10, 2019 release. Check the beta out while you can, now through December 16!