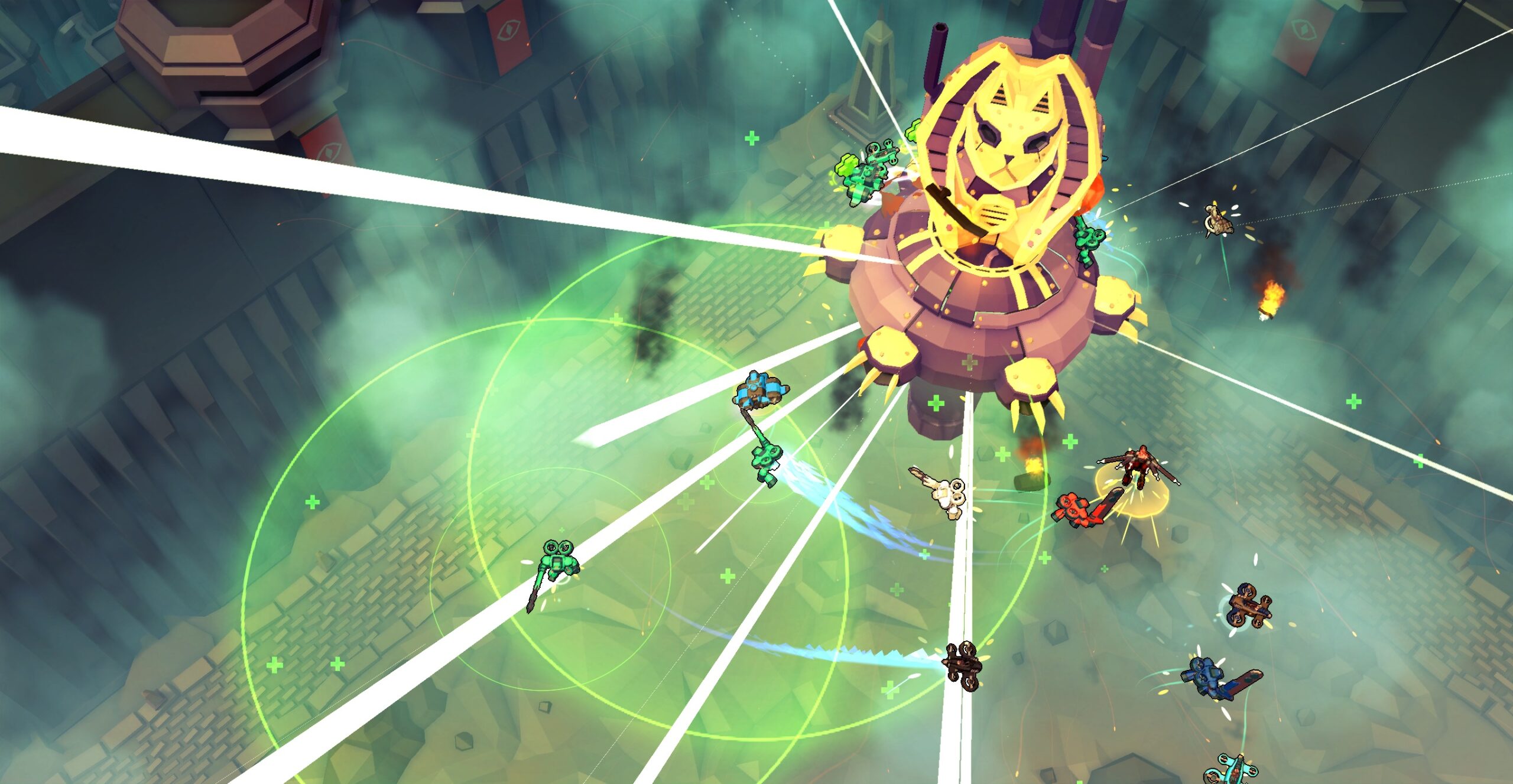 Not much pomp and circumstance here: Dtoid and PC Invasion have 200 Closed Beta keys for self-professed free-to-play co-op bullet hell MMO RPG shooter (WHEW) Steambirds Alliance. Do you want to play it? Good! Take one of our keys.

If I get rid of them all, developer Spry Fox told me they’d take me to get ice cream.

Alright, let’s break this down a bit. Cats have taken their socialist agenda to the skies, and it’s up to you, a bird flying an attack plane, to take them out once and for all. This free-to-play (it’s free to play) co-op (up to 60 players!) bullet hell (shmup time, y’all) MMO (remember the 60 players part?) RPG (progression and skill unlocks) shooter (you shoot things) packs a lot of genres into one game, so try to keep up! Take on giant cat-mechs and warships with up to 60 friends in this crazy mix of action, shooter, and RPG. Also, the main villain’s name is Meowza teehee.

Steambirds Alliance is hosting a closed beta trial every weekend through the end of May, and Spry Fox wants you to join in! All’s ya gotta do is claim a key from the widget below. We’ve only got 200 to give away, and once they’re gone, they’re gone. Get in while you can!

Steambirds Alliance is eyeing a summer 2019 release on PC, with consoles to follow up later. Go check it out on Steam!