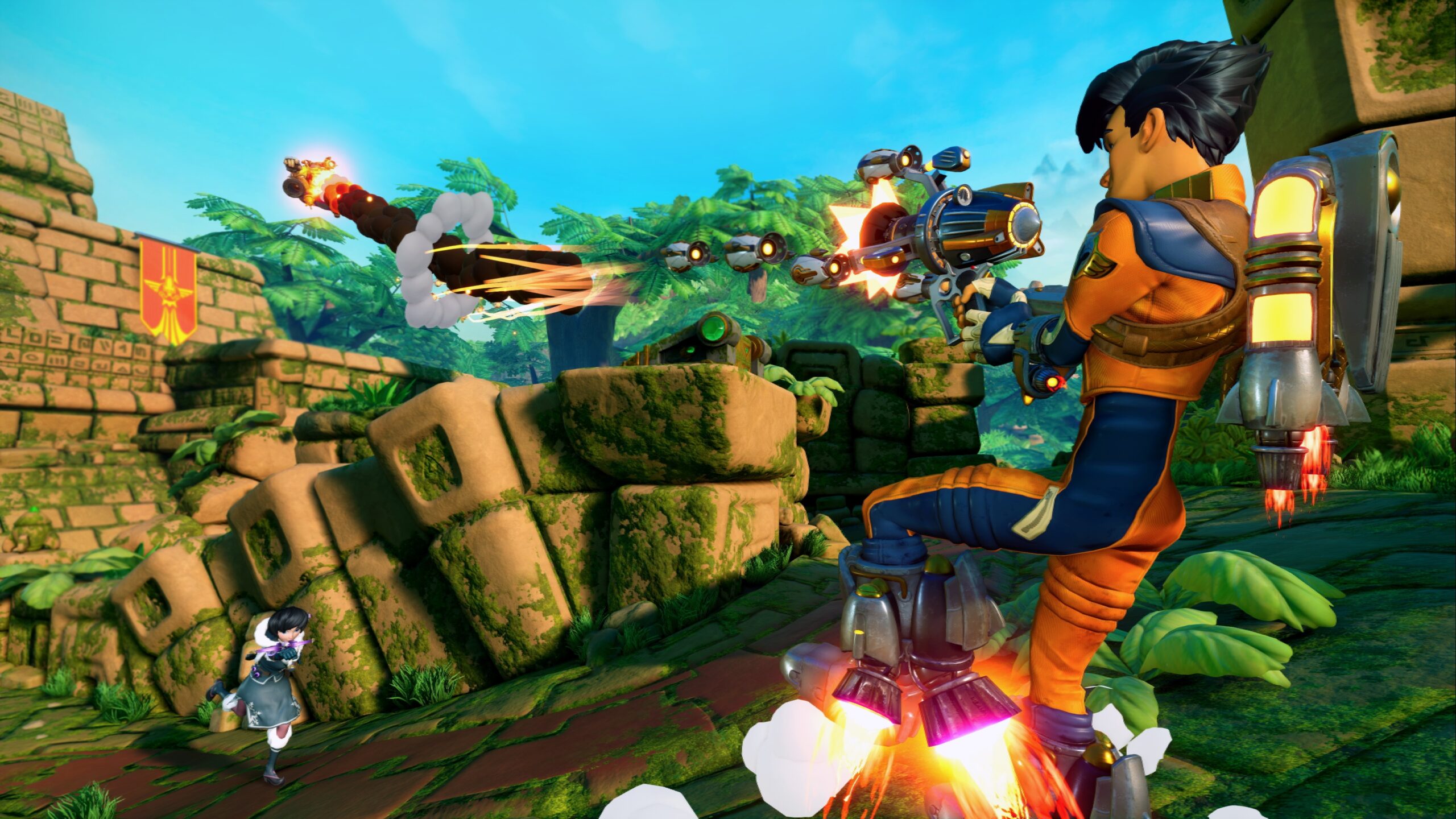 Life is rockets. There is only rockets.

We’ve got 200 keys in this giveaway for Rocket Arena‘s Closed Beta — come take one!

Do you like rockets? I like rockets. Nexon and Final Strike Games like rockets, too. So much, they made a new 3v3 class-based arena shooter where rockets are your main weapon. Pretty neat, huh?

Rocket Arena is running a Closed Beta period from May 23-29, and we want you to get in on the action. So, we grabbed a bunch of keys to give out. Take one off of my rocket-charred hands!

Read a little bit about the game from Final Strike Games:

Rocket Arena brings a unique 3-on-3 cross-platform experience to the first-person shooter genre and features a roster of vibrant characters competing in quick 5-minute matches in the Rocket Championship Tour. Set in the curious World of Crater, Rocket Arena introduces special gameplay mechanics distinct from standard shooters, reveling in a host of colorful weapons and abilities that utilize fanciful rockets in imaginative forms.

In Rocket Arena, players are equipped with a blast meter that increases as they are blasted by rockets. As the meter reaches its critical point, players become susceptible to being knocked out of the map, but will quickly return to the stage to stay in the action. With dedicated matchmaking functionality, servers account for skill level and latency when pairing players together. Rocket Arena will be available for cross-platform play on PC and Xbox One at launch, with PlayStation 4 currently in development.

The closed beta period features a selection of six maps, four game modes, and six characters. Players participating in the beta will also be able to earn cosmetic rewards to use in the release version of Rocket Arena. More information about closed beta rewards can be found here.

We have 200 keys to split between Dtoid and PC Invasion — once they’re gone, they’re gone! To claim a key, simply take from from the widget below. That’s it. No go and enjoy the game!

Rocket Arena is entering its Closed Beta period from May 23-29, and expects a full release in the near future.