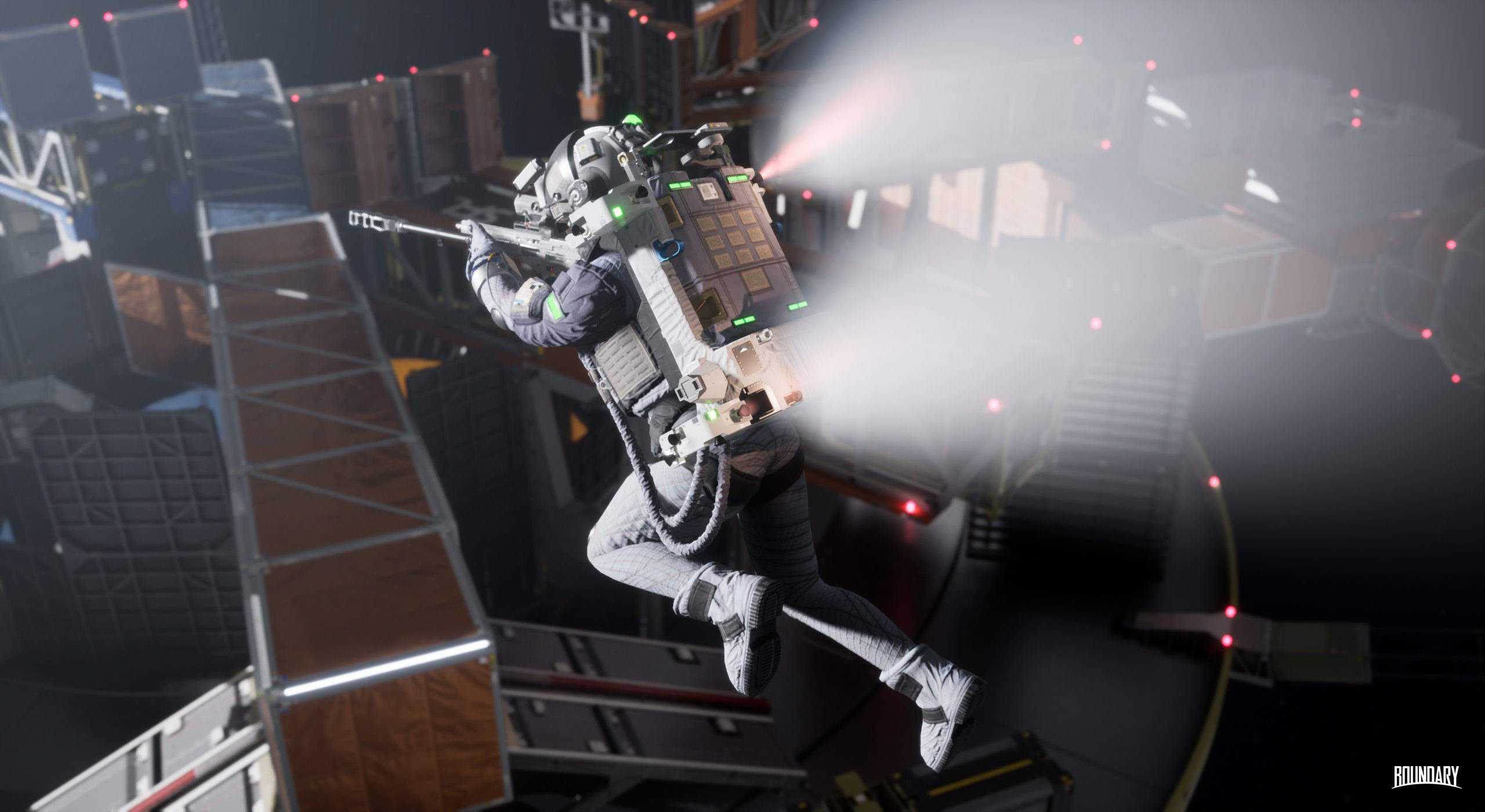 This is making me dizzy

We’ve got beta keys for upcoming zero gravity space shooter Boundary to give away — come take one!

In space, no one can hear you scream. Or puke. That’s definitely what I’d do! Floating around with no concept of up, down, left, or right makes me really dizzy, and the trailer for this one confirms that!

But, space can be cool for lots of folks. If you’re one of them, take a beta key for Boundary so you can experience a unique shooter without the confines of gravity! Good luck out there.

Make some space for this description.

Set in an alternate near future timeline where the Space Force is more than a Netflix TV show, Boundary explores space combat like never before. Taking the best of first person shooter mechanics, adding in Zero-G movement, Surgical Scalpels creates a new visceral experience for fans of competitive shooters. Battle over the remains of space stations or solar arrays on maps that literally defy gravity.

I keep forgetting about Space Force lol. What a world.

Take a key from the widget below — it’s free! The beta runs on Steam January 15-17. We have 1,000 keys to give away across the network, so grab one before it’s gone!

Boundary will hit alpha later this year. Because I’m predictable, publisher Skystone Games is also working on a beat ’em up/tower defense title The Last Friend, where you rescue (and pet!) good doggos. So check that one out, as well.