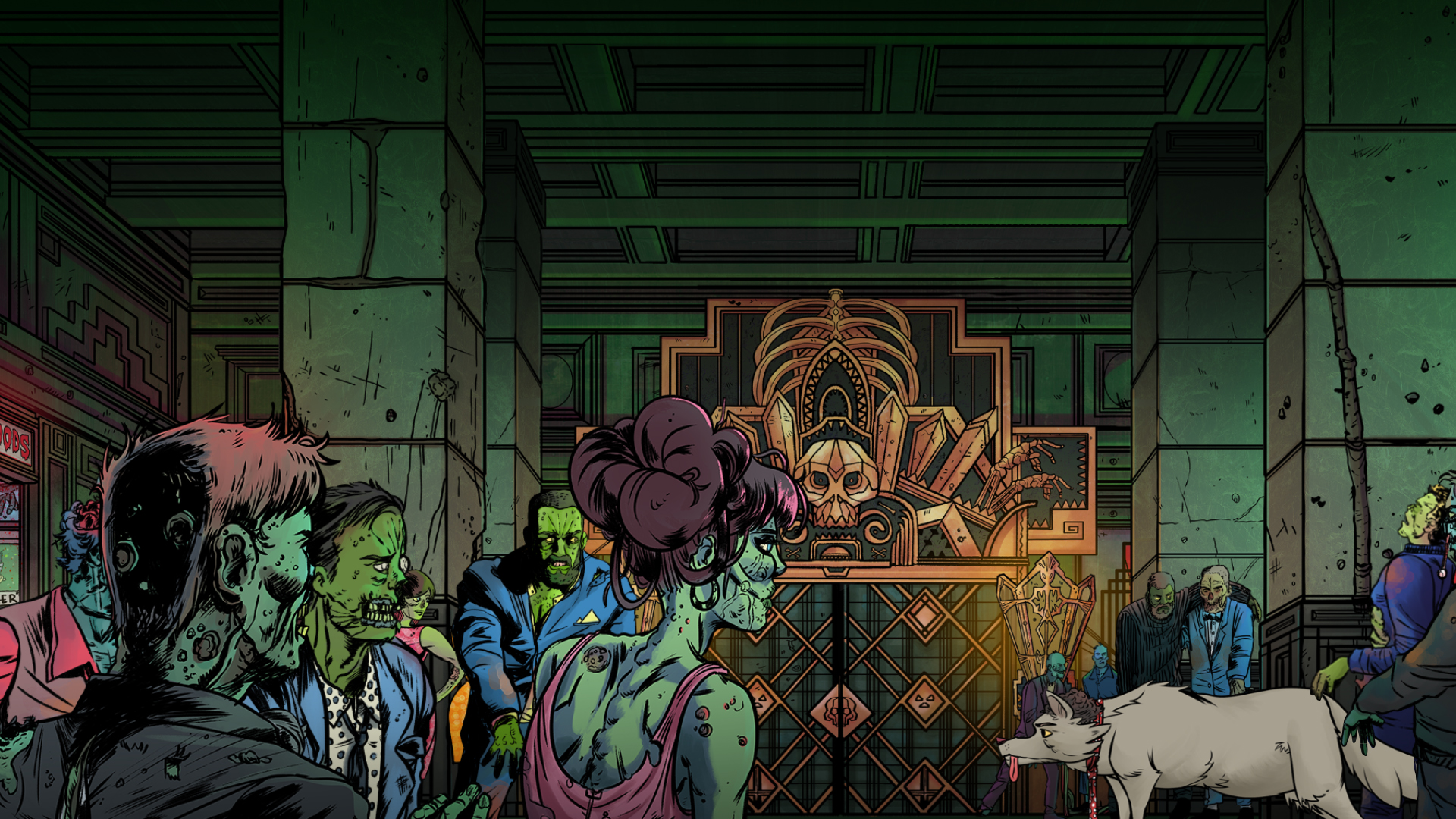 How many monster-rock-opera games have you played this year? I’m guessing zero. That’s roughly how many I had played until I got my hands on Wailing Heights, the new musical adventure from Outsider Games.

I can help you fix your problem. No, not the rotting flesh falling off your bones; I can fix your problem of not having played Wailing Heights. You should definitely play it.

Wailing Heights is a body-hopping adventure game set in the eponymous town, where vegan werewolves, hipster vampires, and gossipy ghosts roam the streets just trying to find some music that doesn’t suck. Featuring hand-drawn visuals and original tunes spanning from hip-hop to folksy blues, the game is a spooky treat for the eyes and ears… so long as they don’t fall off.

We have two NA PS4 keys, two EU PS4 keys, and two Xbox One keys to give away. To enter, simply comment below with your platform and region of choice, and tell us which monster you think would sound best in a particular musical genre. I’d kill to hear The Kraken play some classical music on a harp — it’s got so many digits to use!

Winners will be drawn on Wednesday, August 22. Make sure you comment using a Dtoid account, and make sure your account is up to date with your current email address. If I can’t contact you, I can’t give you this awesome game.

Wailing Heights is available now on Steam, PS4, and Xbox One.