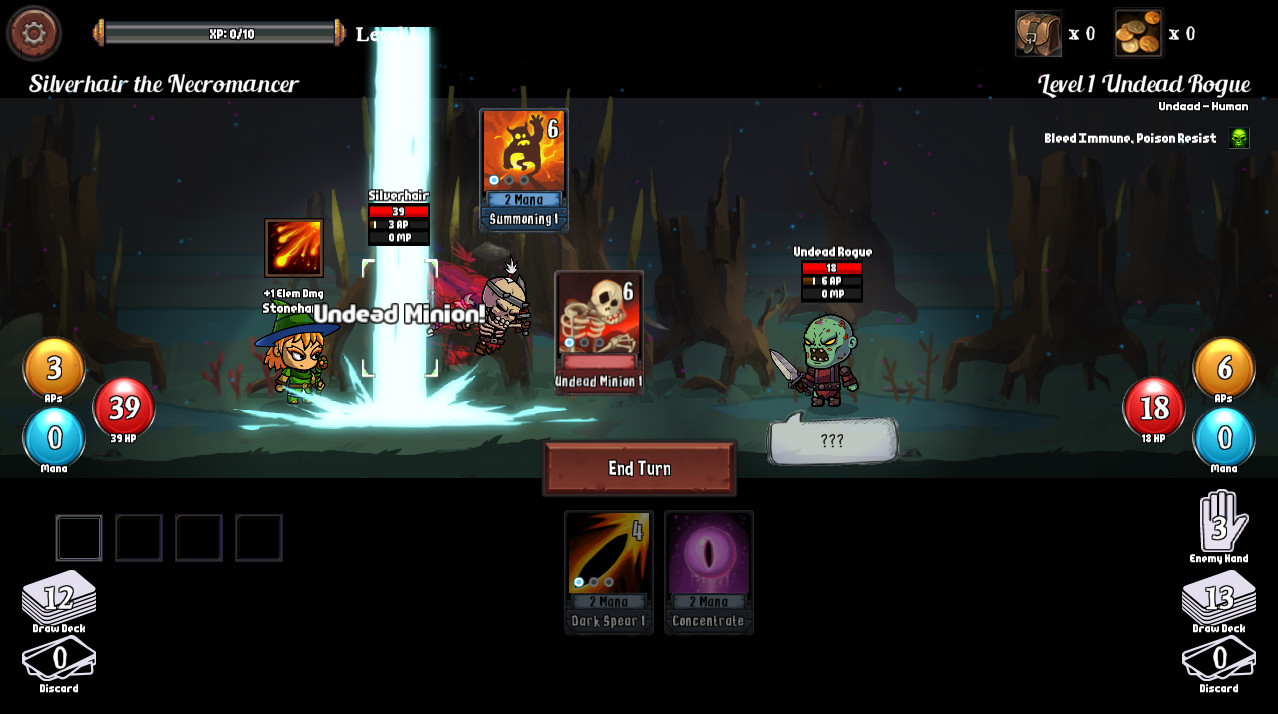 This one has been a long time coming. I was originally supposed to run this giveaway over a year ago, and it slipped. I slipped. I am truly sorry to everyone involved. That said, this game is fucking awesome. I am truly lucky to be able offer a random ten of ya, copies of it as well. What is it? Monster Slayers. It’s a deck building, roguelike, fun little romp too. Think Dream Quest, and Slay the Spire to name some popular ones. Let’s look at the Steam features below:

“Developed by Nerdook (Reverse Crawl, Vertical Drop Heroes), Monster Slayers is a complete reimagining of the free web-based hit of the same name, which has been played over 4 million times on gaming portal, Kongregate. A rogue-like deck-building RPG adventure, Monster Slayers uses an innovative card-based battle system and lets you customize a deck to suit your play style. Create a new hero to join the Monster Slayers Guild and choose your path through the perilous Northern Valley as you follow your quest to defeat the legendary Harbinger and become a true Monster Slayer.

The game is a lot of fun, and does enough to warrant a spot on your Steam list, imo. So if you don’t win, head to the Steam store and buy it. It’s worth the $8.99.