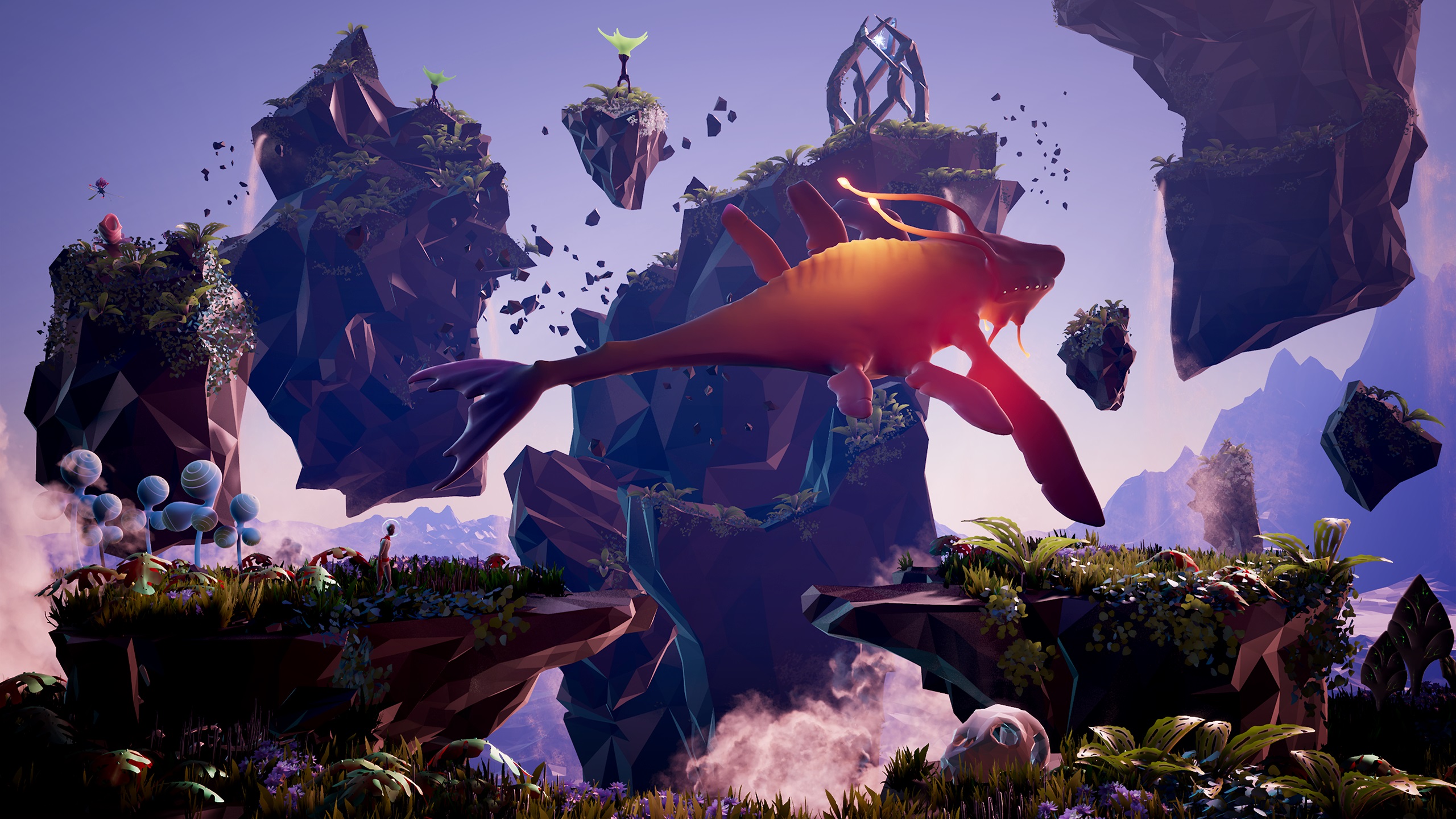 Admit it: Earth kinda sucks. Even before all the damage caused by the parasite known as man, the place was still pretty colorless. A green forest? Yawn. A brown desert? Blech. Hell, even the most abundant resource on our planet is mostly just a big vast monochromatic blue blanket. It’s all just so…colorless.

Watch the trailer for Planet Alpha below and just try to tell me that you wouldn’t rather live there. Go ahead, I dare you.

Planet Alpha is a slick side-scrolling platformer that takes place on a stunning alien planet. You’ve crash landed in a strange and hostile environment, where the enemies are as dangerous as the scenery is gorgeous. Not all is lost, as you’ve got the ability to manipulate day and night to alter the terrain to escape your pursuers and find the answers that lie deep below. What will you discover on Planet Alpha?

To claim your copy of the game, comment below with your platform of choice and a description of what you’d do if you had the ability to control night and day. I’d use my newfound powers to pause time in the early afternoon so I could sit behind my house and develop my sitcom portrayed entirely in shadow puppets. It’s called Hands Off, Ma’am! because that’s kind of a personal mantra of mine. I’m as pure as the first snow of winter!

We have ten Xbox One, PS4 NA, and PS4 EU keys each to give away. Make sure you specify platform and region, and make sure you comment from a Destructoid account that has your current email address on file. If I can’t email you, I can’t give you a free game. Winners will be randomly drawn on Friday, September 14.

Planet Alpha is available now for Steam, PS4, Xbox One, and Switch.