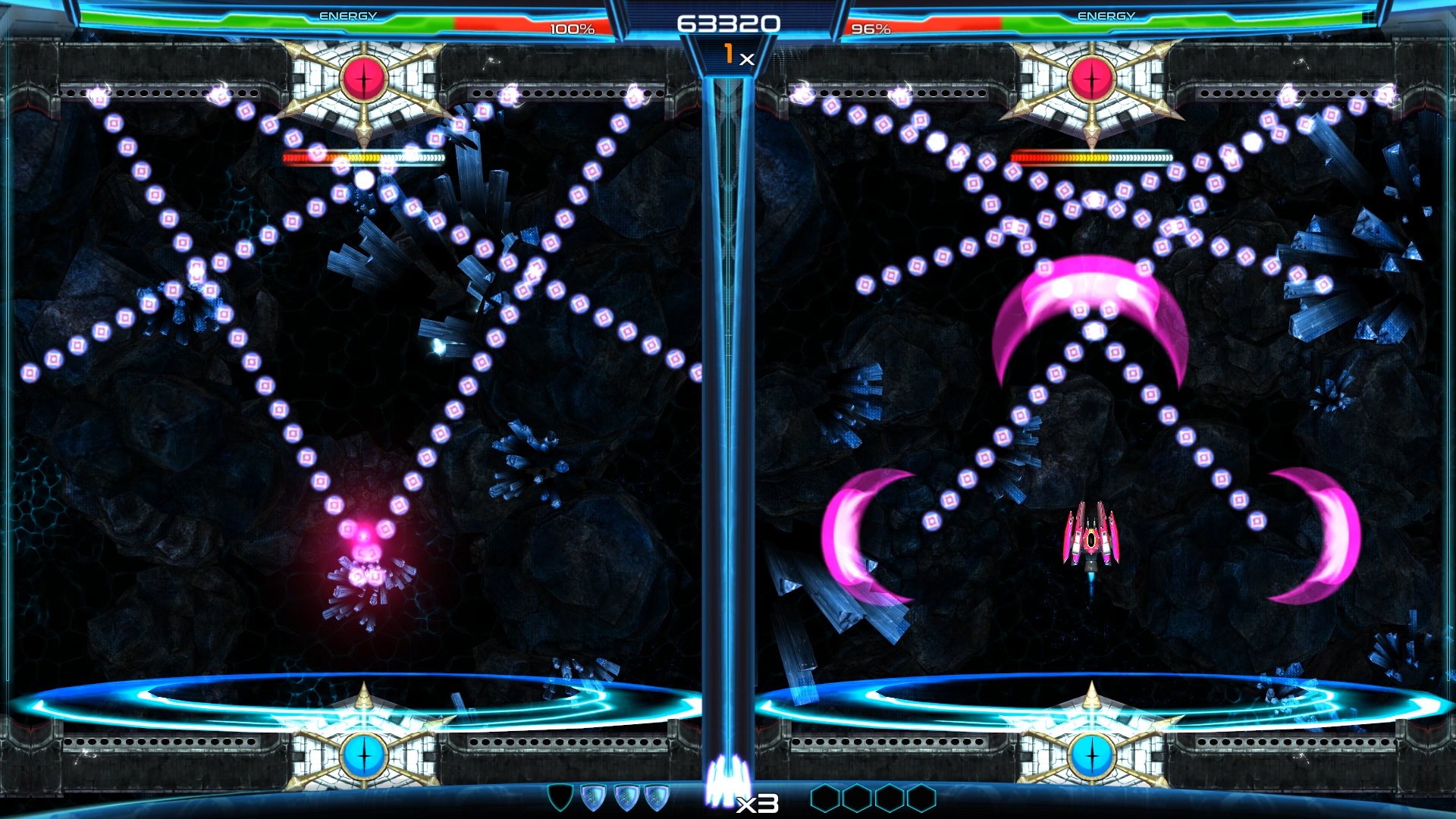 I’m going to be honest with you guys: I can barely keep track of games occurring on one screen, these days. Any time I have to pay attention to what’s going on at two different places, I’m pretty much destined for failure. Multiply that for when games are hectic and chaotic.

But you know what? Some people like the challenge. And I’m betting a lot of you will watch the trailer for Dimension Drive down below and know in that instant that this is the game for you. So, how’s about you enter to win a copy?

Dimension Drive is a chaotic shmup where you control the action in single-player split-screen. If it sounds nuts, it’s because it’s developed by former space engineers. You’ll change between the two sides of the screen to avoid enemy fire and outflank your opponents, you’ll dash through oncoming projectiles to phase through damage and get the upper hand, and you’ll reverse your path of fire to take care of threats from all sides. Sound like a lot? Bring a buddy along for local co-op to divide and conquer on both sides of the screen.

To celebrate its recent release on PS4 and Xbox One, we’re giving away five keys for each. To enter, comment below with your platform of choice and your favorite weapon to obliterate your foes in shmups. I like the Silent Air Horn, a weapon I installed on my ship to loudly — but quietly — alert my enemies that I’m very uncomfortable with all of the bullets flying at me. They usually acquiesce and leave me to my mission of crying in every quadrant in space.

Our PS4 keys are for North American accounts only; our Xbox One keys are region-free. Make sure you comment using a Dtoid-generated Disqus account (it automatically gives you one when you make a new account with the site) and that your account has your current email address on file. If I can’t email you, I’m dashing to the next person in line and giving them a free game, instead.

Dimension Drive is available now for Steam, Switch, PlayStation 4, and Xbox One.