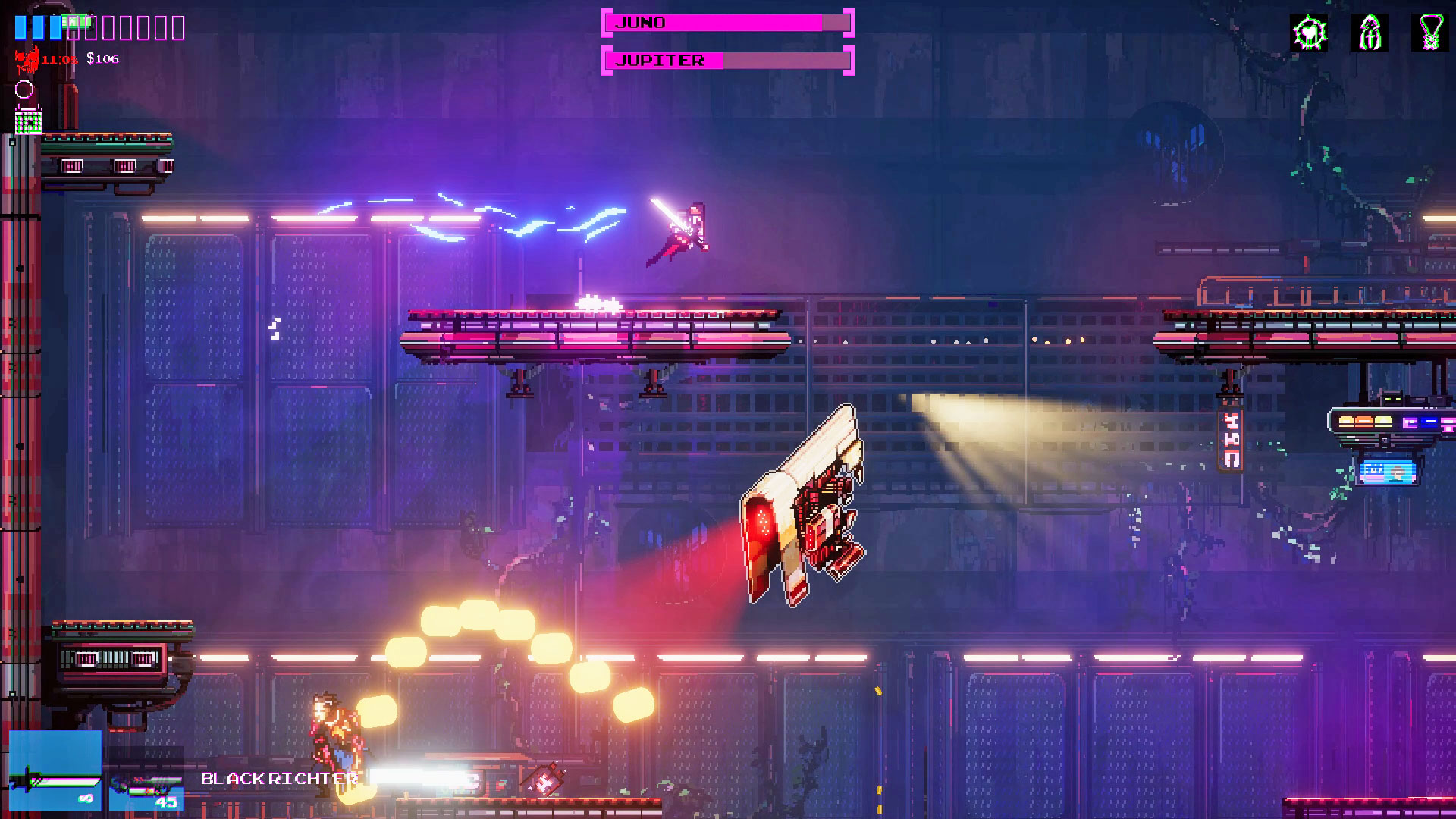 Win one of three copies of this badass game

I’m just going to say this right out the gate: Y’all sleeping on this amazing game. It legit angers me, as it’s the best platformer thingy that I’ve played since Dead Cells. Well, sleep no more, fools. I’m here to toss three copies out to three lucky folks. This is for the Switch version, so if you’d like to play on PC, head over to Steam and buy it (and support these awesome devs).

So why am I so hyped by this one? It has the feel. You know what I mean. When a game just clicks with you. The movement, the jumping, the weapons. All of it comes to together in a beautiful, pixelized, neon package. The game constantly pushes you forward too. No time to breathe! You only have 18 minutes to make it to the top of the tower and kill the big bad. Damn, I’m going to need to go play it again, after writing this now. Anyway, let’s do the blurb from the store page, and then I’ll tell you chumps how to win a copy (trailer here btw):

“Black Future ’88 is a Synth-Punk roguelike 2D action Shooter. Vertically climb an always evolving procedural tower to reach the top and kill its insane owner…before your heart explodes. Shoot, slash, dash and upgrade yourself to survive the endless waves of deadly traps, homicidal AI and colossal Wardens standing in your way in a stylish alternative version of 1988.

The world is reeling from a nuclear cataclysm, created by Duncan, the tower architect. The First of his bombs fell in the summer of 1988, and by December they had blacked-out the sun with endless rain. We decided to stop keeping time after this, and it’s been 1988 ever since. Everything that lived through the initial attack will die in the extreme floods that followed.  These are the times after, where there are no more months, or even weeks…everything is measured in minutes left to live.

Take on the mantle of one of the last remaining misfit survivors, and fight your way to the top of the tower to kill the architect and stop the endless nuclear rain. Ascend to die, and die to survive.

Death Ascendant: Climb an always evolving procedural tower and fight for survival through a constant onslaught of death by fire, lasers, and slashes.

Unique Synth-Punk World: Play through a unique take on a retro cyberpunk dystopia, and fight to survive through 5 distinct zones each with their own challenges.

Pick Your Poison: Play as one of 5 playable characters, each with their own unique buffs and weaknesses.

Ruin Friendships: Test your wits and reflexes with a friend in couch co-op, and experience a completely unique take on the co-op roguelike.

Kill the Wardens: Fight for survival by challenging the numerous unique bosses that guard each one of the game’s zones.

Fog Machines and Laser Beams: Bring a gun and laser sword to a fire fight by arming yourself with a selection of the 50 unique weapons available in the game, each with their own unique effects.

Evolve to Survive: The only way to survive when everything, including your own heart, is trying to kill you is to carefully boost or curse yourself by strategically choosing- and combining from 30 distinct buffs and curses.

Dailies: Every day, a new challenge is generated with unique attributes that will test your mettle and allow you to see how your skills compare against other players in a global Leaderboard. Fight for not just survival, but supremacy!

Ear Candy: Death never sounded so good thanks to an all killer original analog-synth soundtrack.”

Man. I forgot to mention the soundtrack. Top notch stuff. Damn top notch. Alright, so how do you win? Easy. It’s been a rough week for me, so make me laugh. I don’t care how. Just make it happen. Gimme your best meme, best joke, best cursed image, idgaf. Make me smile, folks. Contest ends 12/23/19 @ 11:59 PST, and I’ll get those keys to you by Christmas morning. Good luck my friends.