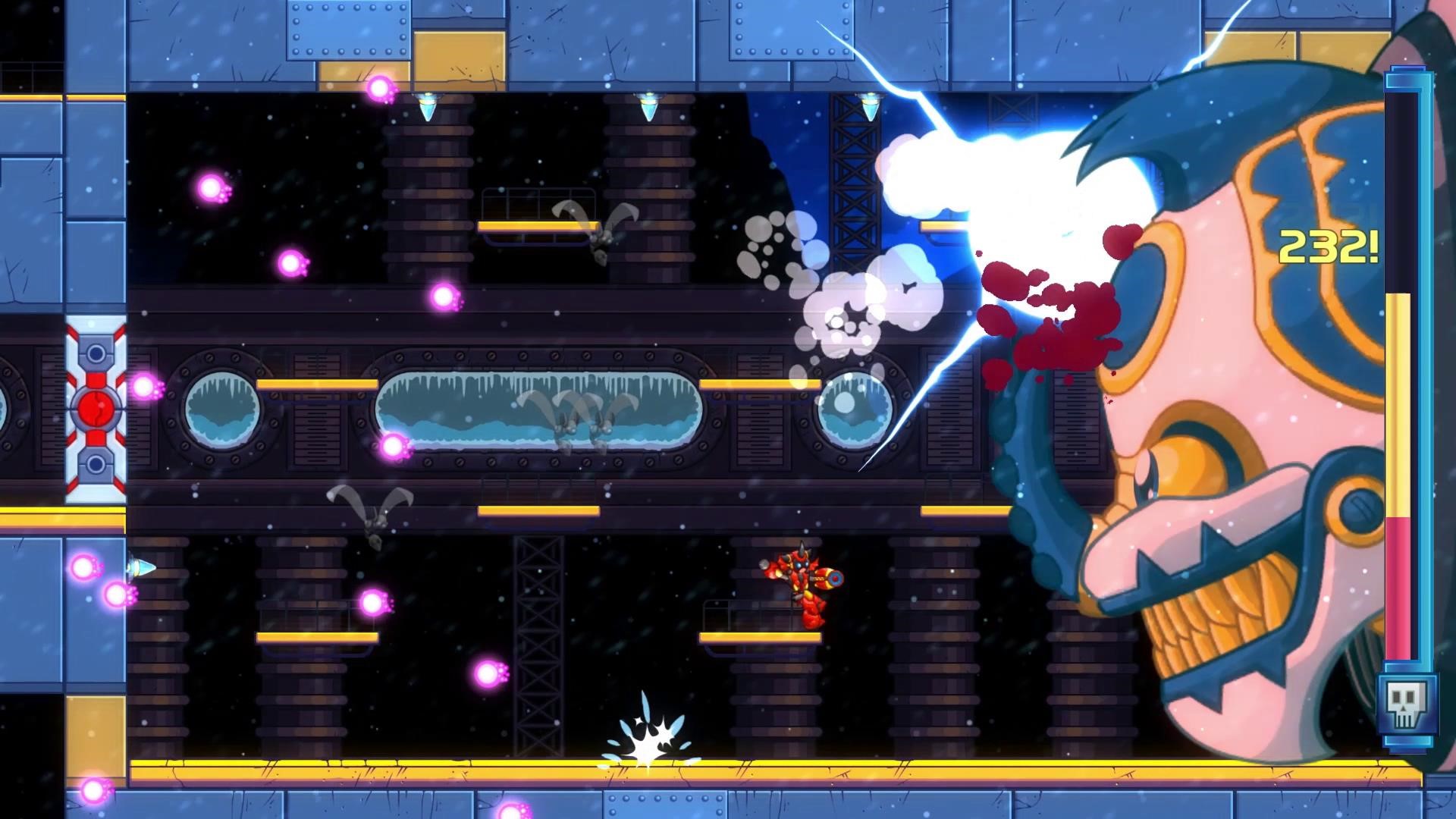 Two copies for each system! Not just NA either!

Well this is awesome. Folks, the lovely people at Batterystaple Games have been gracious enough to gift us with a number of copies of their awesome game: 20XX! We have two PS4 copies for NA, two PS4 copies for EU, two copies each for the NA/EU/AU regions on Switch, two Steam copies, and finally two XB1 copies of the game to throw at you. Phew. That’s a lot of copies and regions. I guess the next question some of you might have is, what the hell is 20XX? Well folks, it’s fucking awesome. -Fin.

Jokes aside, lets look at a lovely screen and the about section from the game’s Steam page: If you like roguelikes or Mega Man, 20XX is for you!

20XX is a roguelike action platformer that you can play with a friend. Jump and shoot your way through ever-changing levels, collect awesome new powers, and battle mighty bosses in the name of saving the human race maybe!

20XX also features full co-op. Play with a friend on the couch or over the interwebs!

Did that sound good? Good. I truly cannot stress how much I love this game, as a huge roguelike AND Mega Man X fan. This game is so damn good. I’d say go buy right this second if you love those things too, but why not roll the dice and try to win one off us first?

What do you have to do to win? Simply leave a comment below telling what region and system you want it for. Try and make us laugh, cry, or crap our pants. Just try. I’ll be pouring over the entries and selecting winners personally, so don’t phone it in folks. Giveaway ends Aug. 15th @ 11:59PM PST. Winners will be notified via email, so make sure your Disqus is on point. Good luck!