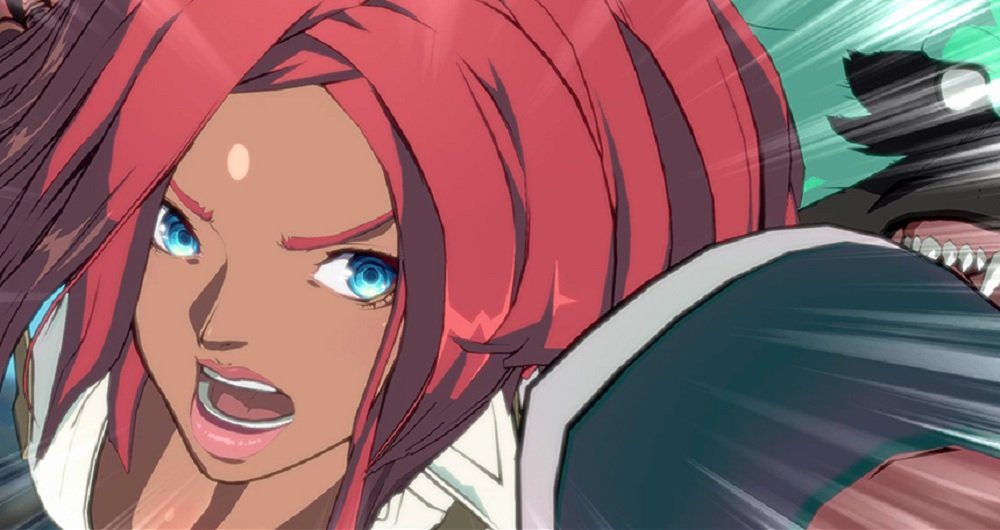 The Pig is in The Poke

Now I know y’all been waiting for this one. Today’s Guilty Gear Strive Starter Guide from Arc System Works gives us all our first in-depth look at a heavily hyped, brand new, and already fan favourite character, Giovanna, who will make her series debut when GG Strive launches this spring.

The sexy and stylish new fighter might look like she’s stepped off the catwalks of Milan, but is actually, of all things, a federal agent, tasked with bodyguarding some of the highest ranking officials on the planet. Don’t let that turn you away from her, as Giovanna maintains her magnetism with a super-cool attitude and a Good Boy by the name of Rei, a spirit wolf who compliments Giovanna’s acrobatic fighting style.

Designed as a beginner-friendly character, Giovanna oddly eschews projectiles entirely, fighting with a range of familiar kick attacks. Giovanna has variants on Guile’s Flash Kick, Terry Bogard’s Crack Shoot and even Chun Li’s Spinning Bird Kick. To prevent being zoned out, Giovanna can launch a Cannon Spike-like attack that nullifies fireballs. Without projectiles, it is up to players to pressure the opponent with an active forward progression, before mixing them up with a variety of flashy combos and throws. From this video, I’m a little concerned about Giovanna’s range and options compared to other characters, but of course it’s the earliest of days, so we’ll see. And we WILL see, as you can guarantee a veritable circus of Giovannas online come beta.

The Guilty Gear Strive beta beings February 18 for all PS4 and PS5 players – regardless of PlayStation Plus status. Pre-order customers can jump in on the action a day earlier on February 17. Guilty Gear Strive launches April 9 on PS4, PS5, and PC via Steam. As a refresher course, check out the previous Starter Guides for May & Axl Low, Sol Badguy and Ky Kiske, Chip Zanuff & Potemkin, Faust, Millia Rage, Zato-1, Ramlethal, Leo Whitefang, and Nagoriyuki.